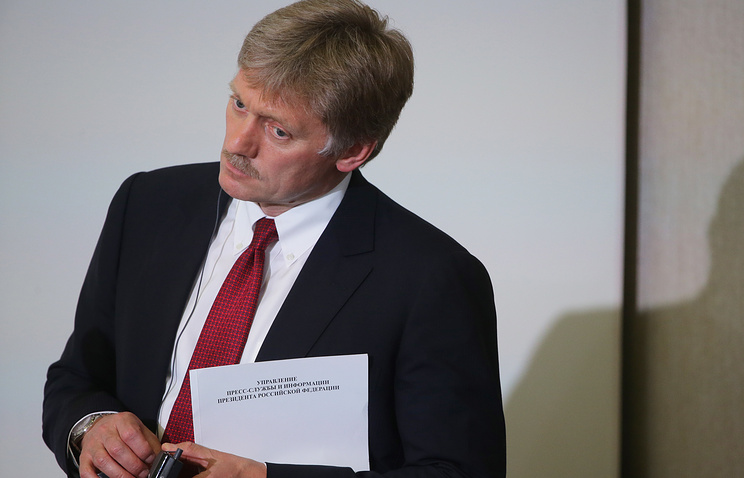 “There was nothing definite in Hillary Clinton’s accusations and the statements were somewhat emotional,” President Vladimir Putin’s spokesman said adding that official Russian departments had nothing to do with the cyber-attack.

Peskov said that “all statements claiming that the Russian authorities were allegedly behind some hackers are absolutely absurd.”

The hacked e-mails were later published on WikiLeaks’ whistleblower website and indicated that Democratic Party representatives were actively searching for ways to support Clinton during the primaries instead of remaining neutral, while trying to discredit her rival in the nomination, Bernie Sanders. Moscow has repeatedly rejected the allegations.

Peskov said that in the past it had been “relevant Russian departments repeatedly stressing the need for international cooperation, especially with US colleagues, against such dangerous cyber manifestations.”

“Unfortunately, there is still no reciprocal interest in such cooperation,” Putin’s spokesman said.

Commenting on recent media reports that the US Federal Bureau of Investigations (FBI) joined the investigation into the cyberattack on the Democratic National Committee’s computers, Peskov said it was a “particular American style,” which implies hurling accusations first and then launching an investigation.

“Here in Russia we are accustomed to conducting an investigation first and only then do we put forward accusations,” he said. “We believe that this is more logical and consistent.”

Speaking about the contents of the hacked correspondence, Peskov said that “interestingly enough, information had been leaked showing certain steps that were taken to manipulate public opinion during the election campaign.”

“In this case, we (the Kremlin) believe trying to whitewash US domestic campaign schemes by demonizing Russia is tactless,” he said. “Russia has never interfered and will never interfere in domestic affairs, especially in other countries’ elections, and in particular in the United States.”

The Kremlin spokesman added that Moscow consistently spoke of “ironing out this stain in our bilateral ties with Washington and seeking to normalize mutual relations.”.