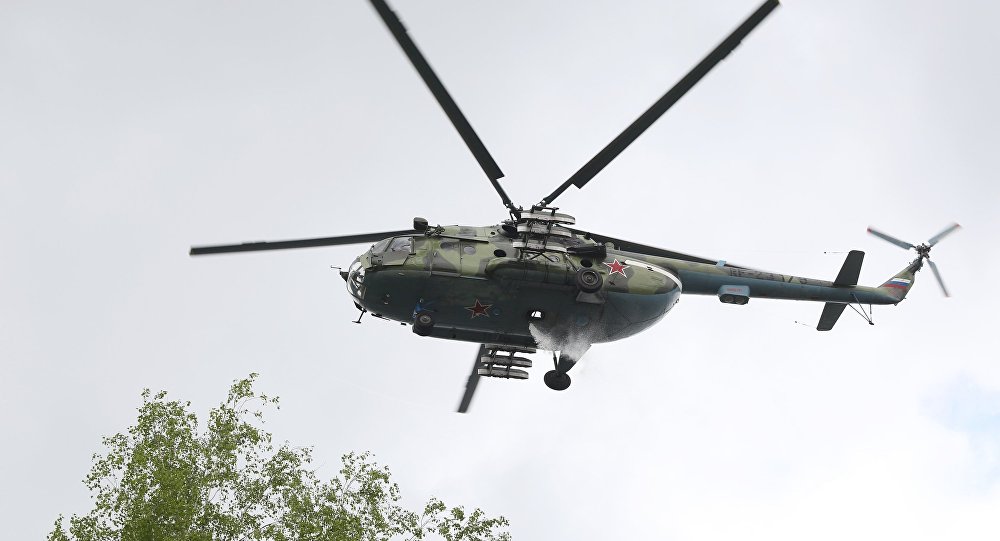 A Russian Mi-8 helicopter has been shot down in Syria’s Idlib province today, the Russian Defense Ministry said.

The Russian Defense Ministry is investigating the fate of three crew members and two reconciliation center officers who were aboard the downed aircraft.

“On August 1, a Russian military transport Mi-8 helicopter was shot down from the ground en route to the Hmeimim airbase after delivering humanitarian aid to the city of Aleppo. A crew of three and two officers of the Russian center for Syrian reconciliation were on board.”

The defense ministry underscored that the fate of the Russian servicemen is being investigated through all available channels.

On July 8, Daesh shot down a Syrian Mi-25 helicopter which was being piloted by two Russian officers. The crew received request form the Syrian side to strike advancing Daesh terrorists and thwarted the assault at the expense of their lives.