Home » News » Naryshkin: no improvement in Russia-US relations can be expected if Clinton is elected 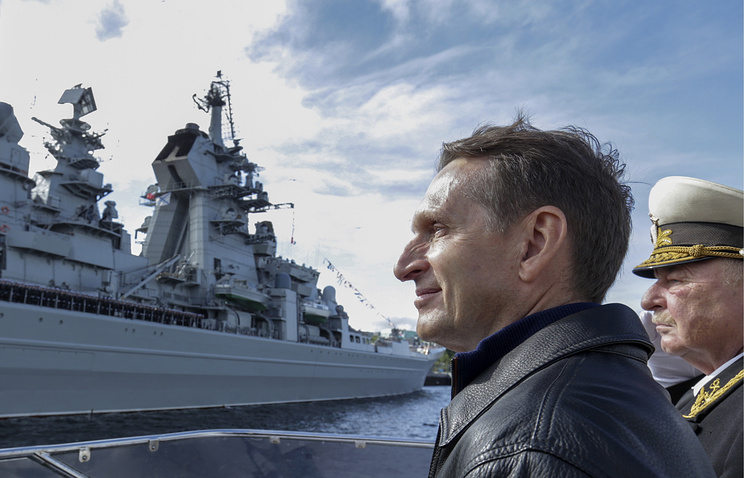 Naryshkin: no improvement in Russia-US relations can be expected if Clinton is elected

No improvement in relations between Moscow and Washington can be expected id case Hillary Clinton, a Democratic Party candidate, is elected President of the United States, a senior Russian lawmaker said on Sunday.

“Looking back at the recent eight years, when Barack Obama of the Democratic Party has been in office, we can see that, regrettably, no thaw in relations between ourcopuntries has happened, no steps have been made to build up trust,” Sergei Naryshkin, the speaker of the Russian State Duma lower parliament house, said at a meeting with officers of the Admiral Kuztensov aircraft carrier onboard that ship.

According to Naryshkin, Clinton’s election program differs little from what has been going on in the recent eight years. “So, it is not worth expecting anything that might bring up our relations to a new level,” he stressed.

However, in his words, it is too early to make any forecasts about relations between the two countries in case the Republican candidate, Donald Trump, is elected President as his election program is “somewhat inconsistent and vague” about relations with Russia. “Whoever is elected president, we will stick to our position, defend our own security, fair world order. We have everything for that,” Naryshkin underscored.