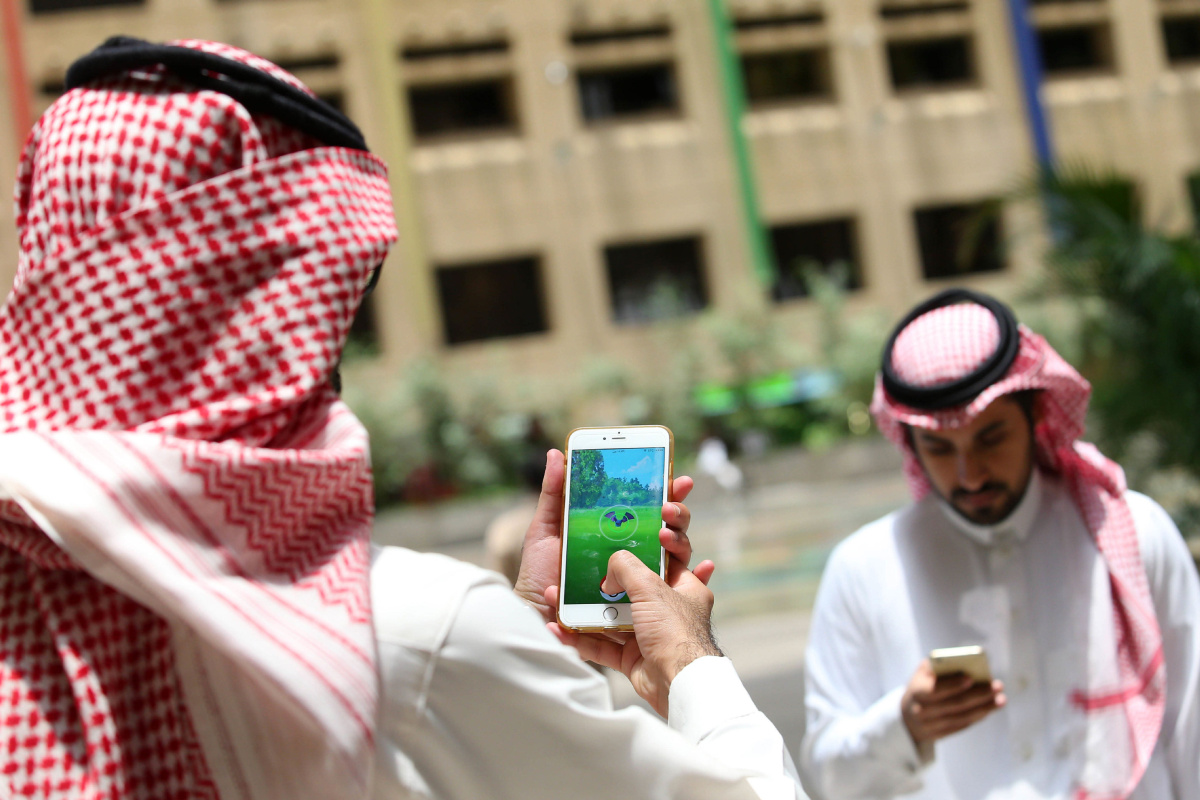 Even the holiest of all places is not spared by the Pokémon Go craze. The mobile game has taken the fight between its characters to the Holy Kaaba, and points of collection are being found on the gates of the Grand Mosque.

Opinions are rife about the game saying it is a violation of the sanctity of the Grand Mosque in particular and all other mosques, because some of its characters are inside mosques and the game spies on users.

Sheikh Abdullah Al-Munea, a member of the Council of Senior Scholars, said the game is a national security hazard as it aims to uncover secret locations, which is considered treason.

When the website team visited Makkah, it found that one of the fighting grounds of Pokémon was actually atop Kaaba. Around the new mataf, five players were found playing, and the number is growing. The points of gifts and the game’s characters were in front of gates of the mosque.

Appeals Court Judge and member of the Shoura Council Sheikh Issa Al-Ghaith said with regard to finding Pokémon characters on the Kaaba, hacking it and playing it without moving, “in general, I do not think there is anything ‘haram’ (forbidden) in it as it is.”

Nawaf Shaheen, a gaming expert, said: “Pokémon Go has also used a data bank from another game called Ingress. It wants the players to determine important locations in their cities. Among these places are hospitals, mosques and markets.”

He said that some people do not even know the content of the game and its subject.

Some people believe that it was targeting Muslims and Islam. Pokémon Go is a normal entertainment game; in each update, it changes its security settings and adds guidelines for players. For example, if a player is driving his car above 20 km per hour, the Pokémon characters do not appear.

Suhaib Khairallah, a technology expert and partner member in Microsoft Saudia, said Pokémon Go is not available in Saudi or other Arab countries. How can it target Muslims? He said the characters are largely found in mosques, markets and restaurants because the game covers areas where lots of people are found. The users join each other through Google maps.

Mashable website says that the designer of Pokémon Go, the executive president and founder of Niantic, was one of the workers of Google and has used data from an old game called Ingress which demands players to point out major features of their cities. The players presented 15 million such locations, of which 5 million are being used by Pokémon Go. Among these locations are holy sites.