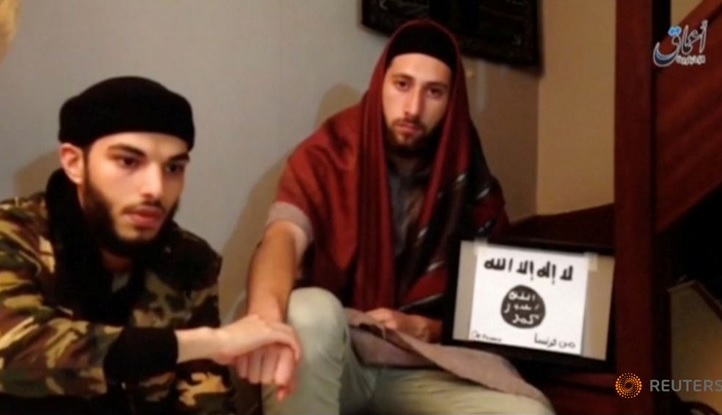 Islamic State’s Aamaq news agency released a video of one of two teenagers who killed a priest in a church in France this week calling for more attacks in France and other countries of a coalition waging a campaign against the militant group.

In the 2-1/2 minute video, Abdel-Malik Nabil Petitjean, 19, urged fellow Islamic State supporters to “strike the coalition countries”, in retaliation for what he said were “thousands of air strikes on our lands”.