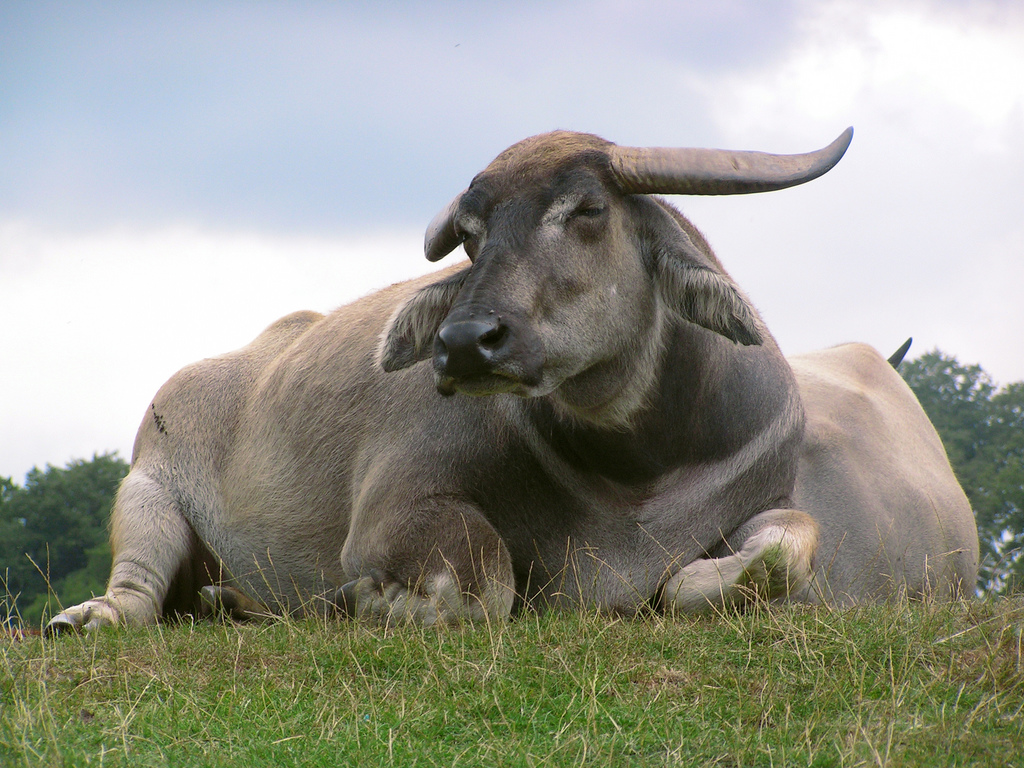 A team of conservation biologists is calling for a worldwide strategy to prevent the unthinkable: the extinction of the world’s largest mammal species.

Indian water buffalo (Bubalus arnee) in Kaziranga National Park, India, is an endangered bovid with a global population estimated at fewer than 4,000 individuals in the wild.

In a public declaration published in today’s edition of the journal BioScience, a group of more than 40 conservation scientists and other experts are calling for a coordinated global plan to prevent the world’s “megafauna” from sliding into oblivion.

Among the threats cited by the group as drivers of this mass extinction are illegal hunting, deforestation and habitat loss, the expansion of agriculture and livestock into wildlife areas, and the growth of human populations.

“The more I look at the trends facing the world’s largest terrestrial mammals, the more concerned I am we could lose these animals just as science is discovering how important they are to ecosystems and to the services they provide for people,” said Dr. William Ripple, professor of ecology at Oregon State University and lead author of the study.

Ripple worked with other authors on the study to examine population trends of many species, including many of the most well-known, charismatic species such as elephants, rhinos, gorillas, and big cats that are now threatened with extinction.

Approximately 59 percent of the world’s biggest mammalian carnivore species — including the tiger — and 60 percent of the largest herbivores are now listed on the International Union for Conservation of Nature’s Red List of Threatened Species as threatened with extinction.

“Perhaps the biggest threat for many species is direct hunting driven by a demand for meat, pets, and body parts for traditional medicines and ornaments,” Dr. Elizabeth Bennett, WCS’s Vice President of Species Conservation and a co-author on the study. “Only a massive commitment from the international community will stop this rampant destruction of so many animal populations.”

All of these large species play critical roles in their ecosystems. Species at risk include elephants, that provide a suite of vital ecosystem services as ecological engineers, dispersing seeds and nutrients across vast areas. “The loss of elephants in the forests of Central Africa is increasingly damaging the function of the region’s most important ecosystems,” said WCS Conservation Scientist Dr. Fiona Maisels, one of the study’s co-authors. “We’re only beginning to understand how vital these keystone species are to the health of rainforests and other species that inhabit them.”

Human-wildlife conflict is a serious concurrent threat for many species. “With simultaneous loss of wildlife habitat and expansion of human populations and agriculture, negative interactions between people and wildlife are bound to rise,” said WCS India Scientist Dr. Varun R. Goswami, also a co-author on the study. “For wide-ranging megafauna like elephants and tigers, we need landscape-scale conservation strategies, taking into account the increasing interface between wildlife and people.”

Some megafauna face the threat of obscurity. The loss of elephants worldwide to poachers in pursuit of ivory is well-known and is the focus of extensive efforts to shut down this trade, but the study authors point out that many species are at risk from many similar threats but are so poorly known that effective conservation efforts to save them are difficult.

The paper includes a 13-part declaration that highlights the need to acknowledge the threatened status of many large mammals and the vital ecological roles they play. The declaration also cites the importance of integrating the efforts of scientists and funding agencies in developing countries where many species occur; the need for a new global framework to conserve megafauna; and the moral obligation of saving the world’s biggest mammal species.