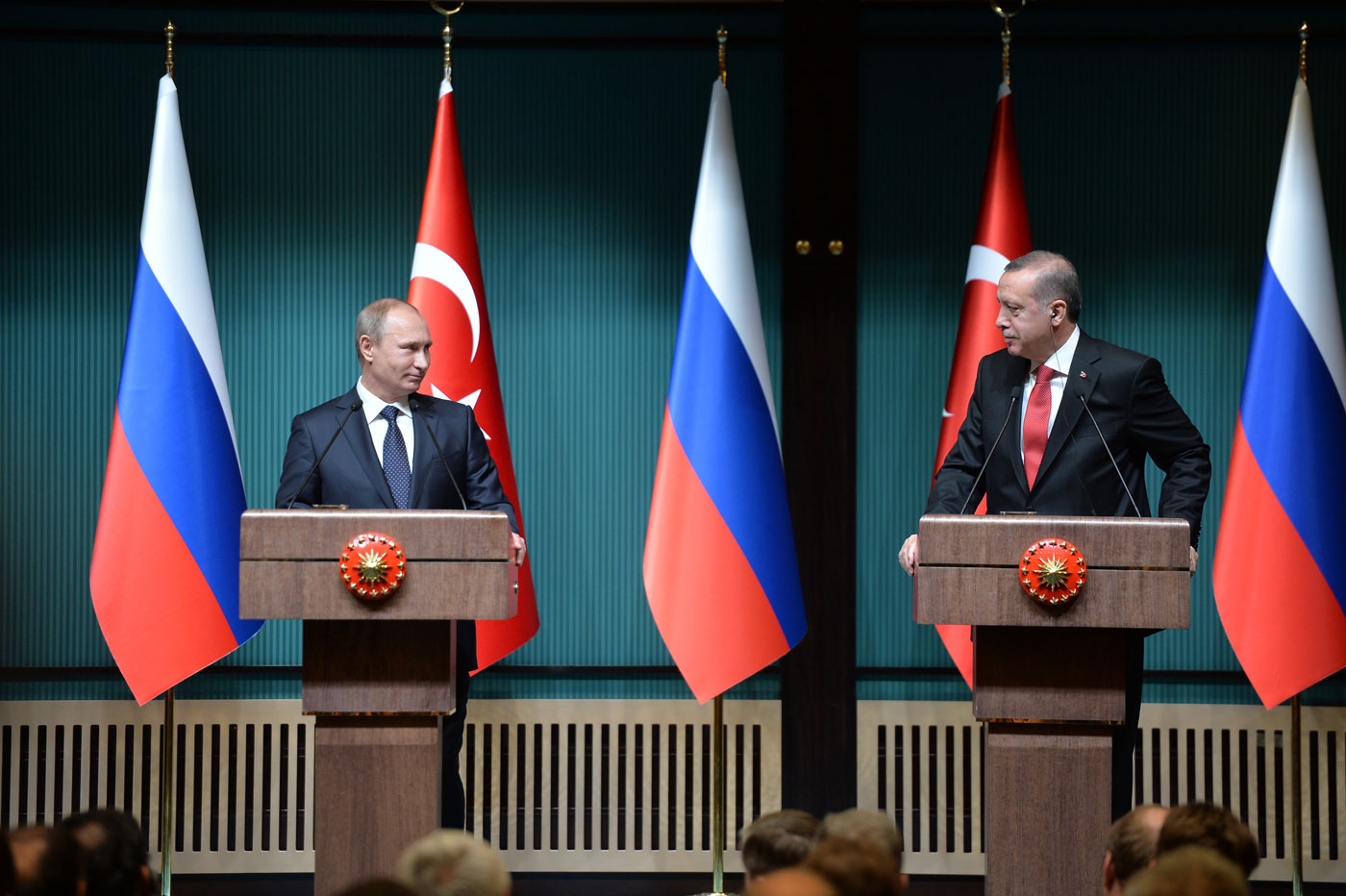 Russia and Turkey: Marriage of convenience

Turkish President Recep Tayyip Erdogan will pay a visit to Russia on August 9. Russia should not trust Erdogan, but one may have no doubt about the fact that the Turkish president is now trying to improve Turkey’s relations with Russia. This makes Turkey Russia’s ally in the endeavor to split the consolidated position of the West.

Who are Turkey’s allies now?

Erdogan could see his allies and enemies as a result of the recent military coup in Turkey. When news messages about the coup started appearing, US Secretary of State John Kerry only released vague statements, in which he expressed a hope that Turkey would be able to preserve peace and stability. Saudi Arabia and Qatar congratulated Erdogan on his victory in the coup only two days afterwards. Russia did not wait and clearly expressed her support for the Turkish president. “Russia gave us unconditional support during the attempted military coup. We thank President Vladimir Putin and Russian officials for their support,” Turkey’s Foreign Minister Mevlut Cavusoglu said.

At the same time, Turkish leaders directly accused Washington of harboring theologian Fethullah Gulen, who, in the opinion of Turkish authorities, masterminded the failed coup.  The Milli Gazete suggested that the coup in Turkey was an expression of concerns of certain forces about the recent normalization of ties with Russia.

While the US State Department encourages its diplomats to leave Turkey, the Russian government discusses whether Turkish resorts are ready to accept Russian tourists.

The US State Department calls on Erdogan to refrain from using the failed military coup to concentrate more power in his hands and curb democracy, but the Russian Foreign Ministry refrains from commenting on these issues. The Russian authorities do not express any concerns about the introduction of death penalty in Turkey as this is an internal matter of the country.

Interestingly, the final communiqué of the two-day meeting of G20 finance ministers and heads of central banks lacked a meaningful phrase for Turkey. “Strengthening the rule of law is fundamental for sustainable development, and we support the legitimate government of Turkey in its efforts to ensure economic stability and prosperity,” the original text of the draft document said.

It appears that Turkey has taken an anti-American stance now. Until recently, Turkey was a staunch ally of the United States. Today, the Americans will have to pay a lot to preserve the relic of their erstwhile relations with Erdogan.

As for the relations with Russia, even an absurd statement that said that the pilots of the Turkish Air Force allegedly made their own decision to shoot down the Russian Su-24 suggests that Erdogan wants Russia back.

If Turkey takes effort to change its stance on Syria, refuses from its requirements to overthrow Bashar al-Assad and no longer supports terrorist group Jabhat en-Nusra, Russia indeed may try to improve and strengthen ties with Turkey. Economically, Turkey depends on Russia a lot. Russian tourists in Turkey, Turkish goods in Russia, the construction of the Turkish Stream – Turkey loses millions and millions if it turns its back on Russia. At the same time, Russia should bear in mind the fact that Turkey is still a member of NATO.

For Putin, Turkey’s return to the ranks of partners is extremely important too. Russia may obtain alternative routes to transport its natural gas to Europe. The construction of the Akkuyu nuclear power plant is also an important project for Russia.

What Russia and Turkey can do together

Together, Russia and Turkey can break through the moral and financial blockade of western countries. Secondly, we can normalize neighborly relations. Thirdly, we can solve the Syrian conflict. Turkey’s Islamization (the supremacy of Sharia law over secular law) should not be a concern for Russia as this is an internal issue. Russia should be concerned about the spread of terrorism and the unstable situation in Turkey that may break up into several states.

“As for whether to believe or not to believe Erdogan, policy-makers do not believe anyone ever,” Mikhail Meyer, a historian, told Pravda.Ru. “He clearly wants to improve relations with Russia now. He has found himself in international isolation now. Now it is vitally important for him to find the party that will support him. If he succeeds, Turkey will have stronger ties with Iran and Russia,” the expert said.