Home » News » Turkey reshuffles military after half of generals fired 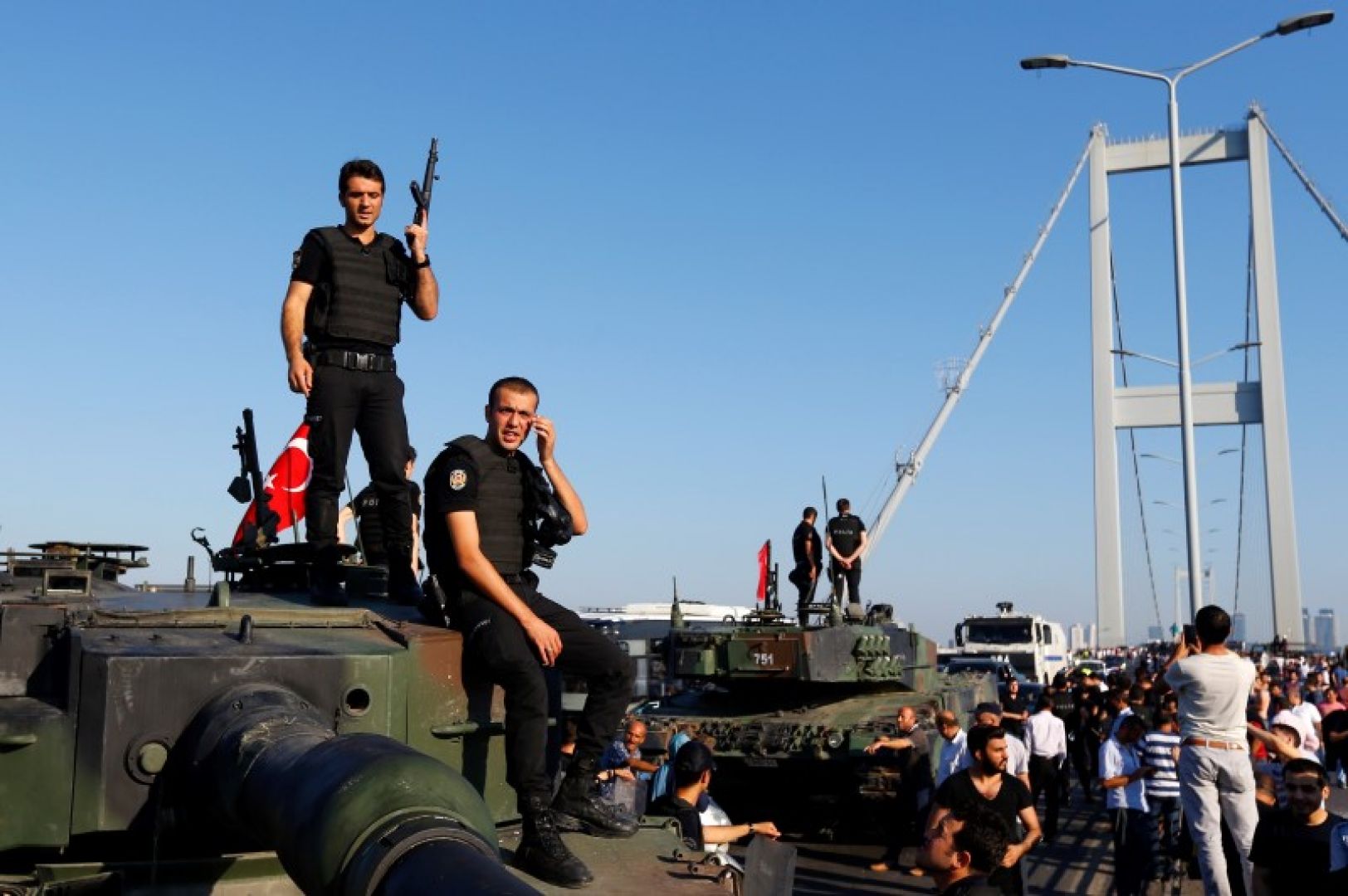 Turkey reshuffles military after half of generals fired

Turkey’s top military commanders met Thursday (Jul 28) to replace almost half of their generals in a radical shake-up after the failed coup, as authorities shut down dozens of media outlets in a widening crackdown.

The hastily convened meeting came after the government ordered the discharge of 149 generals – nearly half the armed forces’ entire contingent of 358 – for complicity in the putsch bid.

In a separate move, a total of 131 newspapers, TV channels and other media outlets were being shut down.

The July 15 rebellion, which saw plotters bomb Ankara from war planes and wreak havoc with tanks on the streets of Istanbul in a bid to unseat President Recep Tayyip Erdogan, has sparked a backlash affecting all aspects of Turkish life.

So far almost 16,000 people have been detained in a crackdown – the magnitude of which had caused international alarm.

The meeting of the Supreme Military Council (YAS) began in Ankara at around 0830 GMT, bringing together Prime Minister Binali Yildirim and the army, navy and air force commanders, along with other top figures untarnished by the coup.

Eighty-seven land army generals, 30 air force generals and 32 admirals have been dishonourably discharged over their complicity in the failed coup, a Turkish official said, confirming a government decree.

In addition, 1,099 officers and 436 junior officers have received a dishonourable discharge, according to the decree.

The council will decide on the personnel changes required after the coup, with lower-ranking officers expected to be fast-tracked to fill gaps in top positions.

In a symbol of the military’s waning power, the meeting is being held at the Cankaya Palace of the Turkish premier in Ankara and not, as is customary, at military headquarters.

It is expected to last just one day, as opposed to up to three days in the past, a Turkish official said.

In the wake of the coup the military has already lost control of the coastguard and gendarmerie, which will now be the responsibility of the interior ministry.

The army said Wednesday that 8,651 of its military personnel had been involved in the rebellion – 1.5 per cent of its total number – along with 35 planes, 37 helicopters, 74 tanks and three ships.

The military has insisted that only a tiny proportion of the total armed forces – which number around three quarters of a million, the second-largest in NATO after the United States – participated.

But 178 generals have been detained, with 151 of them already remanded in custody.

Erdogan, who survived the biggest threat to his 13-year domination of the country when supporters countered the plotters on the streets, has blamed the attempted overthrow on US-based preacher Fethullah Gulen.

The cleric denies the charges, but Turkey insists radical measures are needed to eradicate what Erdogan describes as the “virus” of Gulen’s influence across all Turkish institutions.

It did not give the names of the media outlets to be closed, but according to a list obtained by the CNN-Turk channel they include mainly provincial titles as well as some well-known national media.

These include the opposition daily newspaper Taraf, as well as the Zaman newspaper and its English-language sister publication, Today’s Zaman, which were part of a holding linked to Gulen until being put into state administration earlier this year.

Authorities handed out arrest warrants for 42 journalists earlier this week and on Wednesday issued another 47 for former Zaman staff.

Both the discharges of generals and the newspaper closures are being enforced under a three-month state of emergency, which was declared by Erdogan to the alarm of the European Union.

Energy Minister Berat Albayrak, who is Erdogan’s son-in-law, said a major army shake-up had been planned just before the putsch – suggesting elements in the military made the dramatic move because they knew they were about to be purged.