Home » Manchet 1 » Russia and Turkey in the media: Collaboration, Normalization continue as planned 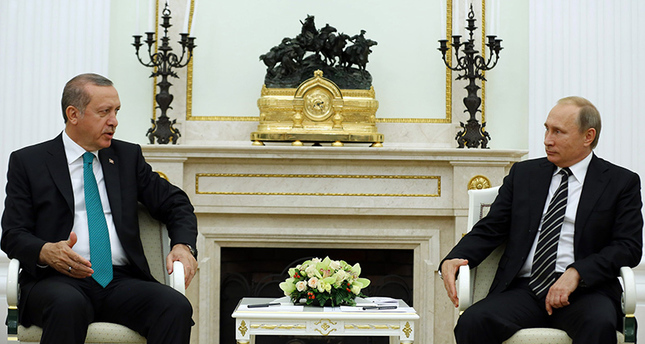 Russia and Turkey in the media: Collaboration, Normalization continue as planned

Russia and Turkey have been collaborating, and normalization continues as planned, according to several Russian and Turkish media outlets. While the Turkish President Recep Tayyip Erdoğan is expected to visit Russia on Aug. 9, as the Deputy Prime Minister Mehmet Şimşek on Tuesday, Simsek himself has held high-level ministerial meetings in Moscow on the 25th of July, together with Economy Minister Nihat Zeybekci. Knowing that Simsek was the first high-level official to visit Russia since November’s crisis. In this article, we give you a little glimpse of how Russia and Turkey were being mentioned in the Media in the recent days.

The author of the article Lyuba Lulko mentioned that “Together, Russia and Turkey can break through the moral and financial blockade of western countries. Secondly, we can normalize neighborly relations. Thirdly, we can solve the Syrian conflict. Turkey’s Islamization (the supremacy of Sharia law over secular law) should not be a concern for Russia as this is an internal issue. Russia should be concerned about the spread of terrorism and the unstable situation in Turkey that may break up into several states”.

The Russia news outlet Daily Sabah mentioned that the “Russian Prime Minister Dimitri Medvedev on Saturday signed a decree for the continuation of commercial and economic relations with Turkey”, adding that “the decree for the continuation of middle-term commercial, economic, scientific and cultural collaboration with Turkey until 2019 has come into effect, according to a statement the Russian government’s press office released on Saturday.

The statement also suggests that negotiations for the establishment of a common fund to finance investment projects in Russia and Turkey will resume”.

Normalization to continue as planned
Another article by Daily Sabah quoted Igor Mityakov, press secretary of the Embassy of the Russian Federation in Ankara, as saying that “the normalization process between Turkey and Russia, which started before the July 15 military coup attempt in Turkey, remains unaffected.”Speaking exclusively to Anadolu Agency, Mityakov said that Russian President Vladimir Putin instructed ministries and other institutions to meet with their Turkish counterparts to consult on foreign economic ties after the commencement of the normalization process in Russian-Turkish relations.

“Within this framework, consultations took place on July 14 in Moscow concerning the resumption of charter flights between the two countries and the development of cooperation in the tourism field,” he noted.

Severak news agencies and news outlets have cited Turkish Economy Minister Nihat Zeybekci as saying on the 26th of July that “a political decision has been taken to continue work on the TurkStream natural gas pipeline project and the Akkuyu nuclear power plant in Turkey.”

The agencies also mentioned that “a meeting between Russian President Vladimir Putin and his Turkish counterpart Tayyip Erdogan, due to take place in St. Petersburg on Aug. 9, is set “to give the final impetus” to TurkStream, Zeybekci said during a visit to Moscow”.

The Russian News outlet Russia today mentioned today that “Russian officials will visit Turkey next week to discuss the return of agricultural products currently banned from the Russian market”.

“The exchange of delegations is scheduled for next week. Our agriculture officials will go to Turkey. We will hold consultations,” said Deputy Economic Development Minister Aleksey Likhachev.

RT  mentioned that “Russia is interested in exporting poultry and dairy products to Turkey, he said, adding that Turkish agriculture officials are also expected to come to Russia”.

“On August 5-6 the Economy Ministry will summarize the visits and prepare a report for the President by August 9,” Likhachev added.

On Tuesday, Turkish Economy Minister Nihat Zeybekci asked Russia to lift the embargo on the country’s food products. His Russian counterpart Aleksey Ulyukayev said Moscow is unlikely to lift the restrictions before a meeting between Vladimir Putin and Recep Tayyip Erdogan planned for St. Petersburg on August 9.

Turkish food imports were blocked along with other goods at the beginning of the year after Turkey shot down a Russian military jet in Syria. The Russian sanctions also included a ban on charter flights to Turkey, the introduction of a visa regime, as well as prohibiting the hiring of Turkish citizens. At the request of the Kremlin, Russian travel agencies suspended sales of package tours to the country, although they are now back on sale.

The relationship between the countries improved after Erdogan apologized to the Kremlin for the jet incident.

While all these news were being covered in the previously mentioned was in Turkish and Russian media, Morning News USA mentioned in an article entitled “WW3 Alert: Russia & Turkey To Attack NATO Together?”

The author of the article Precious Valerie mentioned that “What turned out to be a war of words and tensed military confrontations has become a partnership. Turkey and Russia are now working to speed up reconciliation and repair their relations. To support this, Recep Tayyip Erdogan will meet Vladimir Putin in St. Petersburg next month in light of the failed military coup against Erdogan’s administration”.

We will end our article with what Morning News USA quoted the Turkish Deputy Prime Minister Mehmet Simsek. Simsek said that Russia “isn’t just our close and friendly neighbor, but also a strategic partner.”