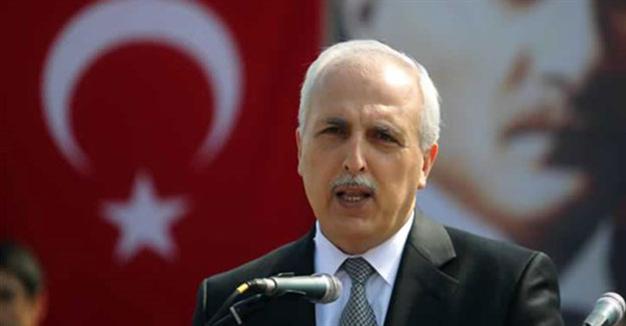 Turkey has detained scores of suspects, including a former Istanbul governor, a well-known journalist and high-ranking military officials, as part of the ongoing crackdown on what the government calls the Fetullahist Terror Organizations (FETÖ), which is accused of orchestrating the failed coup attempt on July 15.

Former Istanbul Governor Hüseyin Avni Mutlu was detained in Istanbul early on July 26 over links to the outlawed Gülenist movement.

Mutlu was the governor of Istanbul during the nationwide Gezi Park protests in 2013. He was one of the 246 local authorities who have been suspended from their duties by the Interior Ministry in the aftermath of the coup plot.

The ministry has suspended a total of 8,777 officials from duty since the failed attempt.

Journalist and former parliamentarian Nazlı Ilıcak, who was among 42 people for whom a detention warrant was issued as part of post-coup attempt crackdown operations, was also detained on July 26 in the touristic resort town of Bodrum in the Aegean province of Muğla.

Found in a vehicle in the Bodrum-Torba intersection, Ilıcak was taken to the central Bodrum police station before being sent to Istanbul for further legal procedures.

Ilıcak was among 42 journalists being sought as part of ongoing investigations against suspected members of FETÖ. The detention warrants were issued by the Istanbul Chief Public Prosecutor’s Office’s Terrorism and Organized Crime Bureau.

Meanwhile, simultaneous operations were staged across universities in eight Turkish provinces, with police detaining a total of 188 people and another 54 people being suspended from duty.

Some 19 academics were detained in an operation at Çukurova University in the southern province of Adana, including the rector of Kanuni University, Professor Osman Serindağ.

Eleven academics were suspended from duty at the Ağrı İbrahim Çeçen University, while a probe was launched into nine academics and three administrative personnel at a local university in Balıkesir.

Some 44 academics were detained at Dicle University in the southeastern province of Diyarbakır, while 12 others are being sought with a detention warrant.

A former rector of Manisa Celal Bayar University, Professor Mehmet Pakdemirli, was also detained, in addition to 19 other academics from the university.

Finally, 46 academics were detained at the Namık Kemal University in Tekirdağ.

Meanwhile, two high-ranking Turkish soldiers on duty in Afghanistan were detained at Dubai Airport on July 26.

Bakır and Topçu were brought to Turkey early on July 26 for further legal processes.