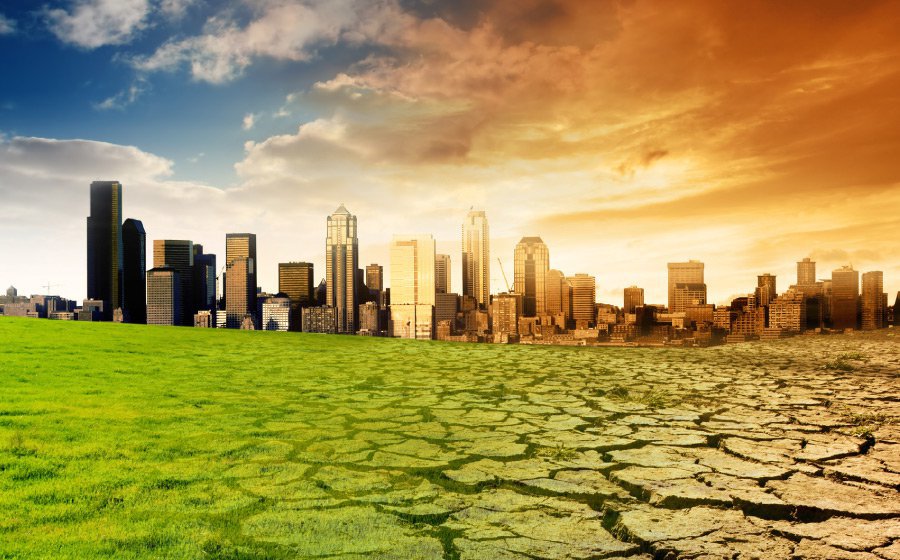 There is some consolation in how the fossil fuel-induced climatic changes we increasingly experience through droughts and storm surges are playing out. It could have happened sooner, and therefore already have been much worse.

Luckily, the natural atmosphere already contained carbon dioxide, enough that the human-induced changes were relatively small, for a long time. Had these concentrations been even slightly lower, the effects of the emission of harmful greenhouse gases would have been felt much earlier, at a time when mankind was not yet ready or knowledgeable enough to face up to mitigation efforts. This silver lining approach is taken by David Archer of the University of Chicago in the US, in a scenario exercise in Springer’s journal Climatic Change.

The concentration of carbon dioxide molecules in the atmosphere is measured as parts per million of dry air, or ppm. In the climatic past and earlier glacial periods, this level fluctuated between 180 ppm and 260 ppm. Measurements taken of Antarctic sheet ice show that the concentration of naturally occurring carbon dioxide in the atmosphere was already 278 ppm in the 1750s before industrialization started in earnest.

“If the initial atmospheric carbon dioxide concentration were half its actual value, we would currently be experiencing the climate expected for the year 2050,” said Archer, setting out one possible scenario. “If there were only one-tenth as much carbon dioxide in the atmosphere initially, the climate forcing we are experiencing today would have already happened, in the year 1900.”

Archer therefore describes the climatic changes currently being experienced on Earth as “moderate,” thanks to the blanketing effect that naturally occurring carbon dioxide in the atmosphere has had. This has given scientists the time to piece together an understanding of Earth’s climate system and the effects of fossil fuel emissions.

The first ideas about radiative balance and the greenhouse effect date back to 1827, while predictions about climatic sensitivity due to carbon dioxide were made by 1896. It was, however, only after the advent of the computer that a modern understanding emerged of how fossil fuel use would impact the climate. This understanding was able to mature to the extent of public warnings about it by the 1970s.

“If the natural concentration had been a factor of two or more lower, the climate impacts of fossil fuel carbon dioxide release would have occurred about 50 or more years sooner, making it much more challenging for the developing human society to scientifically understand the phenomenon of manmade climate change in time to prevent it,” he said. “To the extent that a thorough scientific understanding is also a requisite for making a decision to abandon fossil fuels, the outlook for humanity would have been considerably darker in this altered world than it has turned out in actuality.”