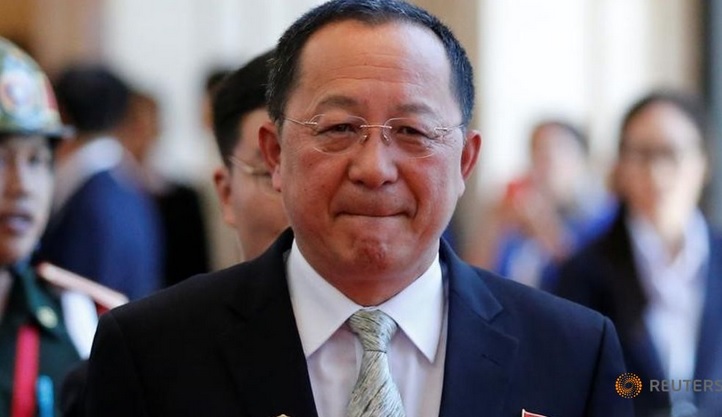 The minister, Ri Yong Ho, said North Korea was a responsible nuclear state and would not use its atomic arms unless threatened, repeating its stated position. He was speaking to reporters on the sidelines of an Association of South East Asian Nations meeting in Laos.