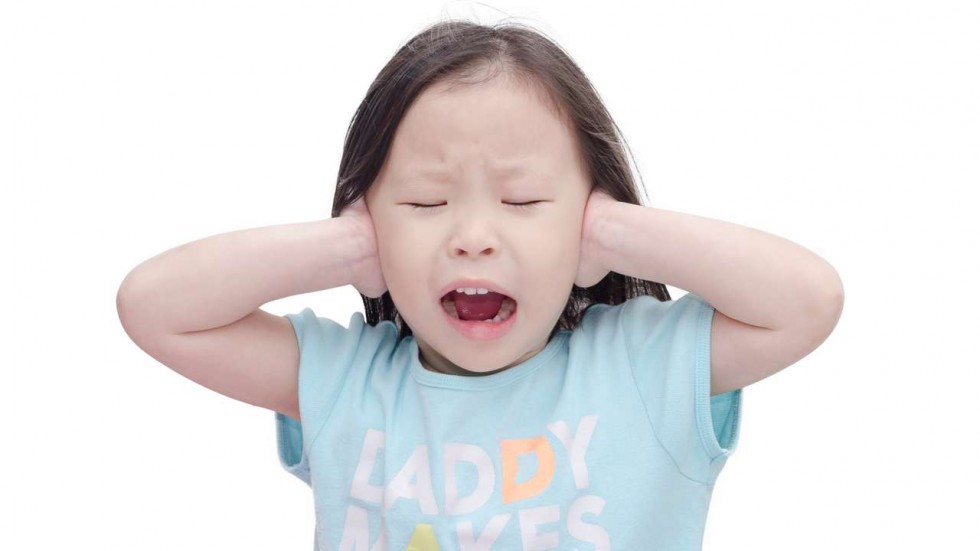 The environments children are in, including how much and what kinds of stimulation they are exposed to, influence what and how they learn. One important task for children is zeroing in on the information that’s relevant to what they’re learning and ignoring what isn’t. A new study has found that the presence of background noise in the home or at school makes it more difficult for toddlers to learn new words. The study also found that providing additional language cues may help young children overcome the effects of noisy environments.

Background speech hindered toddlers’ ability to learn words, according to a new study.

Conducted at the University of Wisconsin-Madison, the research appears in the journal Child Development.

“Learning words is an important skill that provides a foundation for children’s ability to achieve academically,” notes Brianna McMillan, doctoral student in psychology at the University of Wisconsin-Madison, who led the study.

“Modern homes are filled with noisy distractions such as TV, radio, and people talking that could affect how children learn words at early ages. Our study suggests that adults should be aware of the amount of background speech in the environment when they’re interacting with young children.”

Studies on the impact of environmental noise suggest that too much noise can affect children both cognitively and psycho-physiologically, as seen in more negative school performance and increased levels of cortisol and heart rate. However, most studies of word learning are conducted in quiet laboratory settings. This study focused on word learning but attempted to replicate the noisy environments children may inhabit at home and at school. In the study, 106 children ages 22 to 30 months took part in three experiments in which they were taught names for unfamiliar objects and then tested on their ability to recognize the objects when they were labeled. First, toddlers listened to sentences featuring two new words.

Then they were taught which objects the new names corresponded to. Finally, the toddlers were tested on their ability to recall the words.

In the first experiment, 40 toddlers (ages 22 to 24 months) heard either louder or quieter background speech when learning the new words. Only toddlers who were exposed to the quieter background speech successfully learned the words. In the second experiment, a different group of 40 toddlers (ages 28 to 30 months) was tested to determine whether somewhat older children could better overcome the effects of background noise. Again, only when background noise was quieter could the older toddlers successfully learn the new words.

In the third experiment, 26 older toddlers were first exposed to two word labels in a quiet environment. Next, the toddlers were taught the meanings of four word labels — two they had just heard and two new ones. Toddlers were taught the meanings of all these labels in the same noisy environment that impaired learning in the second experiment. The children learned the new words and their meanings only when they had first heard the labels in a quiet environment, suggesting that experience with the sounds of the words without distracting background noise helps children subsequently map those sounds to meaning.

In sum, the study shows that while louder background speech hindered toddlers’ ability to learn words, cues in the environment helped them overcome this difficulty. “Hearing new words in fluent speech without a lot of background noise before trying to learn what objects the new words corresponded to may help very young children master new vocabulary,” suggests Jenny Saffran, College of Letters & Science Professor of Psychology at the University of Wisconsin-Madison, who coauthored the study. “But when the environment is noisy, drawing young children’s attention to the sounds of the new word may help them compensate.”

Children will rarely be in a completely quiet environment when learning. Parents and teachers may find that reducing background noise or highlighting important information can help children learn even when there is background noise. These suggestions may be especially important for low-income households because research shows that such homes on average have higher noise levels due to urban settings and crowding.