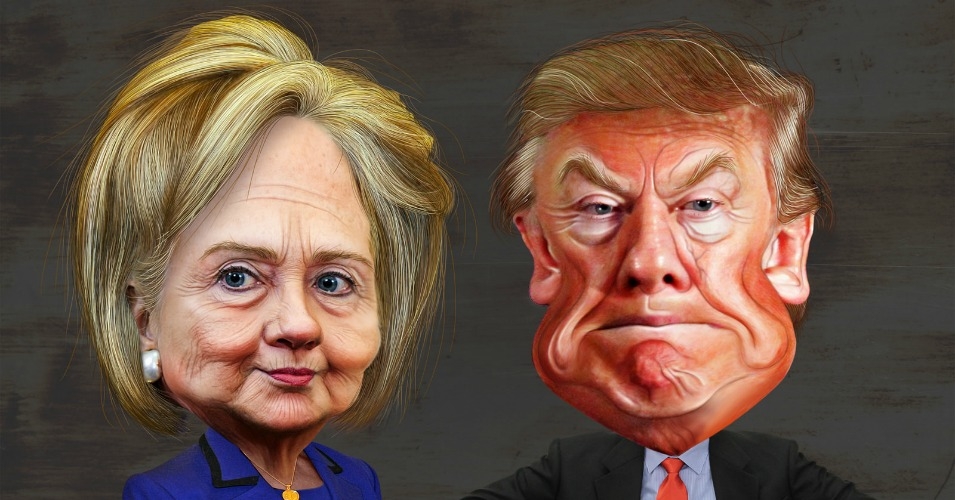 Donald Trump has agreed to become the candidate for the presidency of the United States on the Republican ticket. In his acceptance speech at the GOP convention, Trump outlined the main points of his election program.

Interests of the working class
Perhaps the loudest statement was Trump reconfirmation of his rejection of the ideology of globalism. ” The most important difference between our plan and that of our opponents, is that our plan will put America first. Americanism, not globalism, will be our credo.” said Donald Trump. Earlier, on June 22nd, 2016, he explained the difference between these two concepts:
We switched from a policy of Americanism – focusing on what’s good for America’s middle class – to a policy of globalism, focusing on how to make money for large corporations who can move their wealth and workers to foreign countries all to the detriment of the American worker and the American economy.
Trump has once again confirmed that he wants to put the interests of the American working class first. He sharply criticized the signing of free trade agreements such as NAFTA and the TTP, the signing of which resulted in the departure of many industries to countries with lower labor costs, and as a consequence there has been a sharp rise of unemployment in the United States. Trump has promised that these will be reconsidered. Trump said that Hillary Clinton was in favor of the extension of the globalist policies of Barack Obama and her husband, Bill Clinton, one of the founders of NAFTA.

Trump called Bernie Sanders supporters to vote for him. According to Trump, Sanders had no chance of winning the primaries in the Democratic race because of the fact that the system itself works for Hillary Clinton.

“But his supporters will join our movement, because we will fix his biggest issue: Trade deals that strip our country of jobs and the distribution of wealth in the country”,  Trump said.

Ending illegal immigration
The fight against illegal migration is another important issue for Trump. He confirmed his intention to build a wall on the border with Mexico, and to begin legal processes against millions of illegal immigrants with the aim to deport them. Trump said that the unprecedented growth of illegal immigration leads to an increase in crime and takes jobs from the American working class, especially the workers of African-American and Hispanic origin, whose positions are occupied by new immigrants. Trump also addressed the recently arrived immigrants, noting that they will never be able to raise their status to that of the middle class, if the stream of new immigration providing cheap labor doesn’t stop. Donald Trump also promised to stop immigration to the US from countries engulfed in terrorism, as long as there is no established mechanism to carry out background checks on immigrants coming to the country. He criticized Hillary Clinton’s plans to increase the number of immigrants living in the United States, calling it catastrophic.
To put an end to crime and racial discord
Trump promised to make a sweeping response to the increase in crime in the country and restore order in the United States. He accused Barack Obama of dividing American society along racial lines. Instead, Trump noted that under Obama, unemployment and a lack of full access to education remains one of the main problems in the African-American community. He noted that this issue will be his priority.
Foreign policy realism
In foreign policy, Trump criticized his main opponent, Hillary Clinton over the policy of regime change and the spread of Western-style democracy. He promised that he will not consider this disastrous policy. Trump considers the fight against ISIS to be a priority and is ready to cooperate in this area with all powers presently involved, which implies (almost uniquely) Russia. He reaffirmed the commitment of the alliance with Israel and condemned the nuclear deal with Iran as a sign of weakness of Obama’s policies. At the same time Trump has once again said he believes the Chinese economy to be the main US competitor.

Trump  also again was critical of NATO, stressing that the organization does not fight terror and its members following his election will have to pay much more to the overall defense budget.

The main message of the campaign of Donald Trump is that the United States should deal primarily with its internal problems, and should abandon interventionist policies. This would be the most significant change in the geopolitical strategy of the United States since the days of Woodrow Wilson, who marked the turn of America from isolationism to globalism.