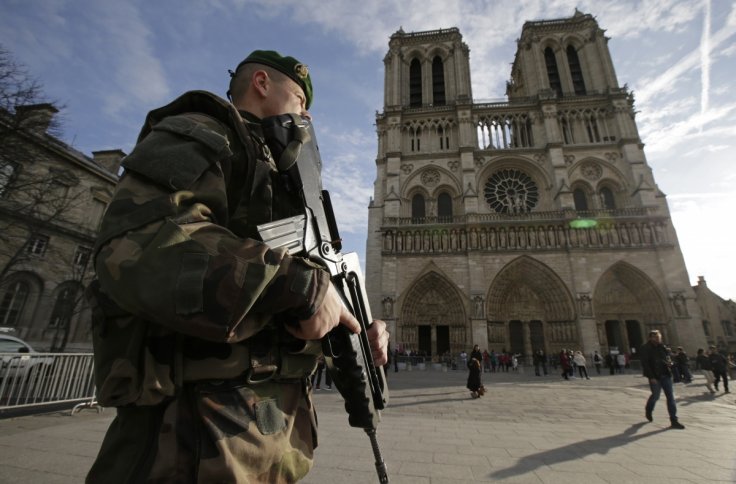 The decision by France’s parliament on July 21, 2016, to expand and prolong the country’s state of emergency for six months undermines human rights and the rule of law, Human Rights Watch said, adding the government should strengthen safeguards to ensure that the emergency powers are applied only to the extent strictly required.

One week after the Bastille Day attack in Nice, the parliament approved a law that not only extends France’s state of emergency for a significant period, but also expands the already wide police powers of search, seizure, and detention. The law also significantly toughens several terrorism-related provisions in France’s laws and criminal code without allowing sufficient time for meaningful review by parliament or nongovernmental groups. One measure increases allowable pretrial detention periods for children by one to two years.

“A rolling state of emergency risks trampling rights and eroding the rule of law and sets a dangerous precedent for abuse elsewhere,” said Letta Tayler, senior terrorism and counterterrorism researcher at Human Rights Watch. “While the French authorities have a duty to protect people from heinous attacks like the ones in Nice and Paris, they should use these powers in the least restrictive way and for the shortest time possible.”

President Francois Hollande declared the state of emergency hours after the deadly Paris attacks of November 13, 2015, and it has now been renewed four times.

The new emergency law gives the police power to carry out searches without the approval of a judge, a measure that lawmakers had let lapse when they last renewed the state of emergency. It expands that power by allowing the police to carry out an immediate “follow-up” raid if they find information about another location frequented by the person who is the target of the search.

The new law also allows the police to seize data from computers and mobile phones, a power that the country’s highest legal authority had struck from an earlier version of the emergency law as unconstitutional. It gives the police a new power to search luggage and vehicles without judicial approval. In response to the Nice attack, it allows authorities to ban gatherings for which safety cannot be ensured. And it expands the list of meeting places that the local authorities can close without a judicial warrant to “particularly” include “places of worship where there are calls to hatred or violence, or provocation to commit terrorist acts or praising of such acts.”

France already has a raft of counterterrorism laws that permit the authorities to investigate, detain, and prosecute suspects, and many contain dangerously overbroad language, Human Rights Watch said. The new emergency law introduces additional troubling counterterrorism measures into France’s criminal codes, which will remain in effect even after the emergency law lapses. The decision to introduce permanent changes to French criminal law without allowing time for adequate parliamentary scrutiny and debate is highly problematic. Parliament should carefully examine the potential impact of the new amendments to the criminal and security codes.

Among other measures, the new law amends the criminal procedure code to increase the maximum period of pretrial detention for children as young as 16 from one year to two, and from two years to three, depending on the offense. International standards limit the detention of children to “a measure of last resort and for the shortest appropriate period of time,” and require criminal charges to be adjudicated “without delay.” Even in a state of emergency, deviation from these norms has to be strictly justified. The United Nations Children’s Rights Committee has found that it is a “grave violation” when “children languish in pretrial detention for months or even years,” and previously concluded that France should reduce pretrial detention of children.

France’s internal security code already allowed collection of cellphone data of a person identified as linked to a terrorist threat. The emergency law expands that provision to allow cellphone data collection from the person’s family and friends.

Another security code modification triples the maximum duration of house arrest, from one month to three, for people suspected of returning from an area abroad where terrorist groups are operating and posing a security threat upon return to France – but who the authorities have insufficient evidence to charge.

Hours before the Nice attack, President Hollande had said that the emergency powers would lapse on July 26, 2016, because their indefinite use would mean that France was “no longer a republic.” The following day, Hollande asked the parliament to renew the law for three months. At the behest of opposition lawmakers, the parliament doubled his proposed extension to six months. Interior Minister Bernard Cazeneuve should stand by his statement on July 20 to the French newspaper, Le Monde that “the state of emergency cannot be a permanent state.”

The new law continues several existing provisions of the state of emergency. One allows the police to place suspects under house arrest without prior judicial authorization. Others allow the authorities to dissolve associations, ban gatherings, and shut down websites.

In February, France’s Constitutional Council struck down a provision in the emergency law that had allowed the police to seize any data found on computers and phones during warrantless raids. The new law restores that provision but limits how and what data can be seized, and requires authorization by an administrative court to use or disseminate the data. Those changes, while positive, fall short of the important safeguard of prior judicial approval.

The emergency powers risk undue interference with the rights to liberty, security, freedom of movement, privacy, and freedoms of association and expression, Human Rights Watch said. Measures such as raids and searches should always require judicial authorization, which for urgent cases could take place under accelerated procedures.

In separate reports in February, Human Rights Watch and Amnesty International documented more than three dozen abusive operations under the state of emergency that had caused hardships such as job losses, trauma to children, and damage to homes. The vast majority of those targeted were Muslims, the French human rights ombudsman told Human Rights Watch, although he said the law was not crafted in a manner that targets any particular group. All those interviewed told Human Rights Watch their treatment made them feel stigmatized and eroded their trust in the French authorities.

Under international law, governments may restrict certain rights during states of emergency – including freedom of movement, expression, and association – but only “to the extent strictly required by the exigencies of the situation.” Governments must ensure that any such measures are strictly proportionate to the aim pursued, that emergency powers are not applied in a discriminatory manner, and do not stigmatize people of a particular ethnicity, religion, or social group.

To its credit, the parliament rejected an amendment proposed by opposition lawmakers that would have allowed preventive detention or the use of electronic monitoring anklets on terrorism suspects without prior judicial authorization even if they have not been convicted of a crime.

International law does not prohibit all preventive detention – deprivation of liberty to prevent future crimes rather than to punish past offenses. But given the risk for abuse, international law narrowly prescribes when preventive detention can be justified based on facts demonstrating that the person’s release would result in actual harm to the public order and subjects its use to full due process safeguards. In another positive move, the parliament also rejected a proposal to authorize emergency expulsions of foreign nationals suspected of direct or indirect ties to terrorist groups.

Under the emergency law, the police have since November law carried out nearly 3,600 warrantless raids and placed under house arrest 400 people, 77 of whom remain in house detention. So far the measures have led to only six terrorism-related criminal investigations.

A French commission of inquiry into the Paris attacks concluded on July 5, that the state of emergency had “limited impact” on improving security. The panel described widespread failures in analyzing intelligence that could have helped prevent the attacks.

Parliament should carefully scrutinize the use of the emergency powers in the coming months, including any allegations of misuse or insufficient judicial safeguards, Human Rights Watch said.

The government also should ensure that the French ombudsman has the means and access to continue assessing whether the emergency measures comply with international law, to investigate complaints, and to report to parliament in advance of the January 2017 expiration of the emergency powers.

In addition, the government should ensure prompt access to remedies for damage or hardship caused by raids, house arrests, and other emergency measures. The authorities should also carry out meaningful outreach to targeted communities about the emergency powers and remedies.

“Based on past experience, there’s a real risk these emergency measures will again be misused in ways that are discriminatory and disproportionate,” Tayler said. “Without effective judicial control, parliamentary scrutiny is more important than ever.”