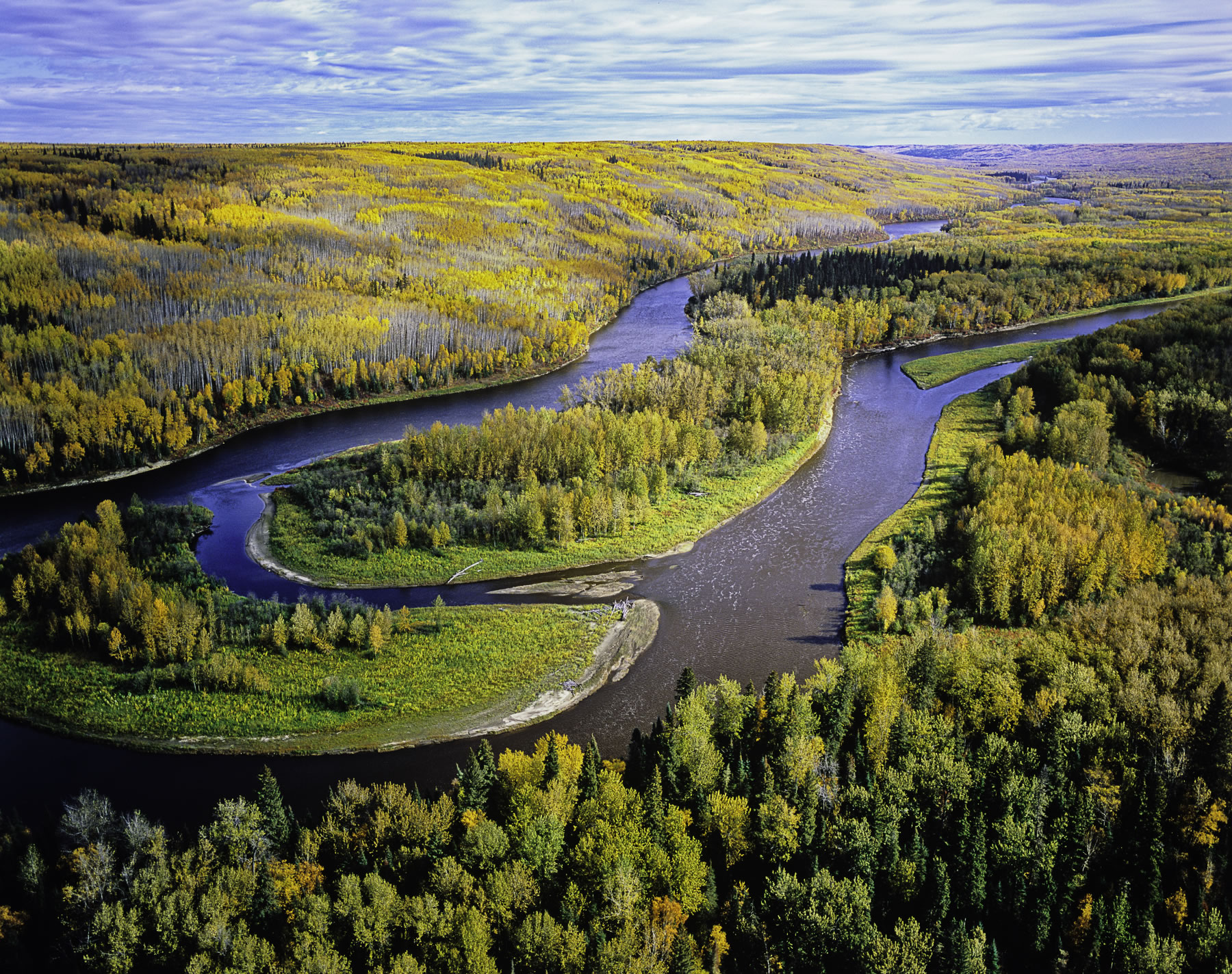 North American Forests Unlikely To Save Us From Climate Change

Forests take up 25 – 30 percent of human-caused emissions of carbon dioxide — a strong greenhouse gas — and are therefore considered to play a crucial role in mitigating the speed and magnitude of climate change. However, a new study that combines future climate model projections, historic tree-ring records across the entire continent of North America, and how the growth rates of trees may respond to a higher concentration of carbon dioxide in the atmosphere has shown that the mitigation effect of forests will likely be much smaller in the future than previously suggested.

A sub-alpine forest in Colorado. Forests in the southwestern US are expected to be among the hardest-hit, according to the projections resulting from the study.

Published in the journal Ecology Letters, the study is the first to reveal the possible impact of a changing climate on the growth rate of trees across all of North America, in other words, how their growth changes over time and in response to shifting environmental conditions. The result are detailed forecast maps for the entire North American continent that reveal how forest growth will be impacted by climate change.

The research team, led by scientists at the University of Arizona in Tucson, combined climate projections for North America developed by the International Panel for Climate Change (IPCC) with historic tree-ring records based on samples covering the period 1900 to 1950 at 1,457 sampling sites across the continent.

“We then looked at how the growth of those trees changed historically under various past climates and used that to predict how they will grow in the future across the continent all the way from Mexico to Alaska,” said the study’s first author, Noah Charney, a postdoctoral research associate in UA’s Department of Ecology and Evolutionary Biology.

“The research is unprecedented and novel in the use of big biological data,” said co-author Brian Enquist, a professor in the UA’s Department of Ecology and Evolutionary Biology and a fellow of the Aspen Center for Environmental Studies in Aspen, Colorado. “We utilized a network of more than two million tree-ring observations spanning North America. Tree-rings provide a record into how trees that grow in different climates respond to changes in temperature and rainfall.”

The team was startled to find no evidence for a greenhouse-gas absorbing process called the boreal greening effect in their simulations. Boreal greening refers to the assumption that trees in high latitudes, where colder temperatures limit growth, should benefit from warmer temperatures and higher concentrations of carbon dioxide in the atmosphere and, as a result, “green” under the effects of climate change. In turn, these thriving boreal forests should be able to scrub more carbon dioxide from the atmosphere, so goes the idea, dampening climate change.

“Until now, there wasn’t a good way to take into account how trees respond to climate change under novel climate conditions,” added senior author Margaret Evans, an assistant research professor in the UA’s Laboratory of Tree-Ring Research (LTRR) and the UA’s Department of Ecology and Evolutionary Biology. “Our study provides that perspective. We see that as trees are pushed under the effect of climate change, their response changes.”

“Many previous climate modeling studies counted on the boreal forests to save us from the climatic disaster by offsetting our emissions, but we don’t’ see any greening in our results,” said Valerie Trouet, an associate professor in the LTRR. “Instead, we see browning. The positive influence warmer temperatures are believed to have on boreal forests — we don’t see that at all.”

The most dramatic changes in projected forest growth rates were found in the interior West of the North American continent, with up to 75 percent slower growth projected for trees in the southwestern U.S., along the Rockies, through interior Canada and Alaska. Increases in growth were seen only along certain coastal areas, mostly in the Pacific Northwest, Northeastern Quebec and the Maritime Provinces and the Florida panhandle.

Some of the predictions arising from the simulations are already happening, the team found.

“In Alaska, for example, where trees have been projected to respond positively to warming temperatures under the boreal greening effect, we see that trees are now responding negatively instead,” Evans said. “Trees in very high latitudes are limited by cold temperatures, so yes, in warmer years they grow more, but there is a tipping point, and once they go past that, a warmer climate becomes a bad thing instead of a good thing.”

The research indicates that the warming climate already is rapidly pushing many forests towards that tipping point, which may be reached as early as 2050: In addition to being rapidly exposed to temperatures they have not experienced in their lifetimes and are not evolutionarily prepared for, being hampered in their growth makes trees even more vulnerable to added stresses.

“There is a critical and potentially detrimental feedback loop going on here,” Charney said. “When the growth rate of trees slows down in response to environmental stressors such as cold or drought, they can get by for a few years, but over time, they deplete their resources and are much more susceptible to additional stressors, such as damage by fire or a big drought or insect outbreaks. Year after year of slow growth therefore means forests become less and less resilient.”

As a result, a forest can go from being a climate asset to a carbon producer very quickly.

“It’s like a thermostat gone bad,” Evans said. “Forests act as a carbon sink by taking carbon dioxide out of atmosphere, but the more the climate is warming, the slower the trees are growing, the less carbon they suck up, the faster the climate is changing.”

The implications could potentially apply worldwide. While their models did not include data from outside the North American continent, it “seems very likely that the conclusions drawn in this study apply in the Eurasian forest as well,” Evans said. “The boreal forests in Eurasia are more extensive and even more important than the ones in continental North America.”