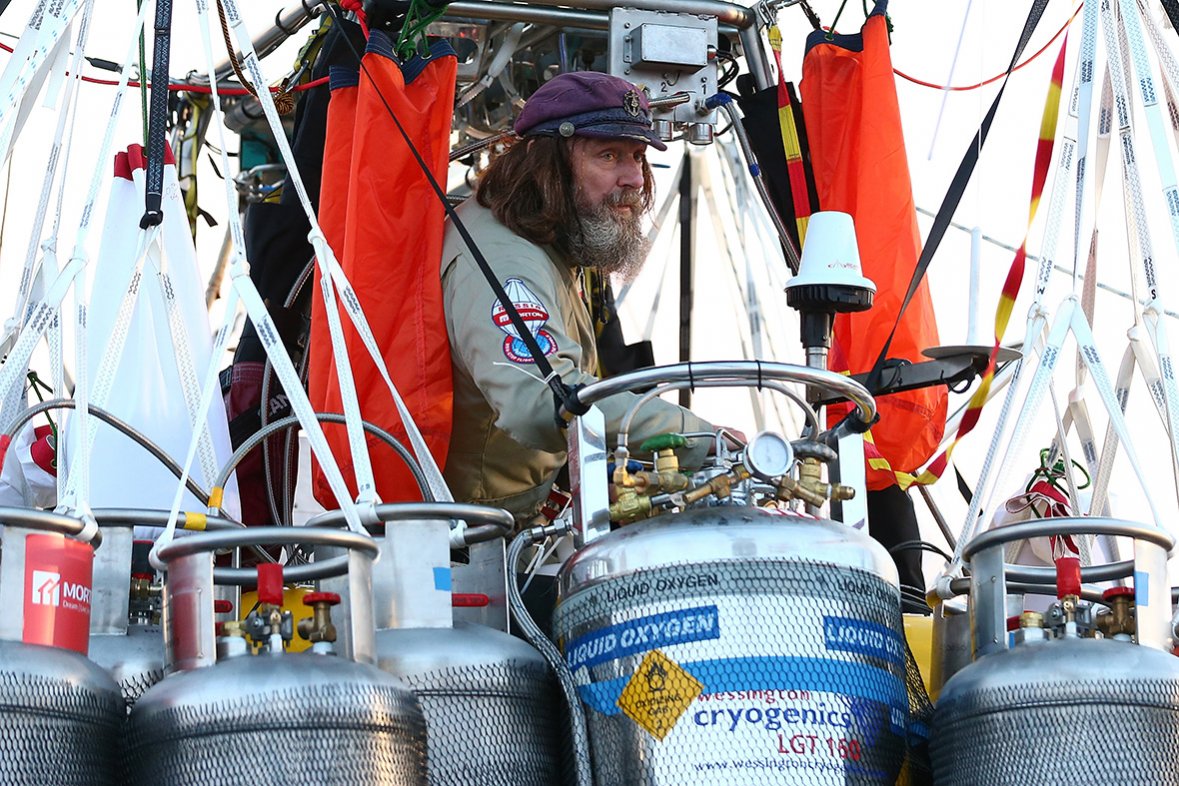 The famed Russian traveler, Fedor Konyukhov is on the verge of finishing his round-the-world solo balloon flight and is rapidly approaching Australia, his voyage’s starting point.

“According to our calculations, he is expected to reach Australia’s coastline at about 08:00 a.m. (03:00 a.m. Moscow time) on Saturday somewhere in the vicinity of Albany, Western Australia,” Anton Parfenov, a member of the flight support team told TASS on Friday. “Naturally, it is just a preliminary best scenario calculation. Forecasts are changing rapidly due to unstable weather.”

“For the past several hours, the balloon has been flying at an altitude of 7,500 to 8,000 meters at a velocity of about 200 kilometers per hour,” Parfenov said. “We hope it will stay on course with the wind current which will take it to southwest Australia. The pilot will have to descend to 2,500-3,000 meters.”

To finish his round-the-globe voyage, Konyukhov Sr. will have to cross the Northam meridian (116°39’58″E) from where he started in the wee hours of July 12. It is highly probable that Konyukhov will reach his destination on Saturday. Should that be the case, he will set yet another record, the fastest round-the-globe balloon flight ever.

Until now, there have been only two round-the-globe balloon flights. The first was in 1999, when Bertrand Piccard of Switzerland and Brian Jones of the UK covered a distance of 40,000 kilometers starting from Switzerland and finishing in Egypt in 19 days, 21 hours and 55 minutes. The other one was in 2002, when Steve Fossett of the US flew the same route as Konyukhov in 13 days, 8 hours and 33 minutes. The Russian traveler is likely to finish his flight in slightly more than 11 days.