Home » Politics » Number of Russian troops in Syria may increase 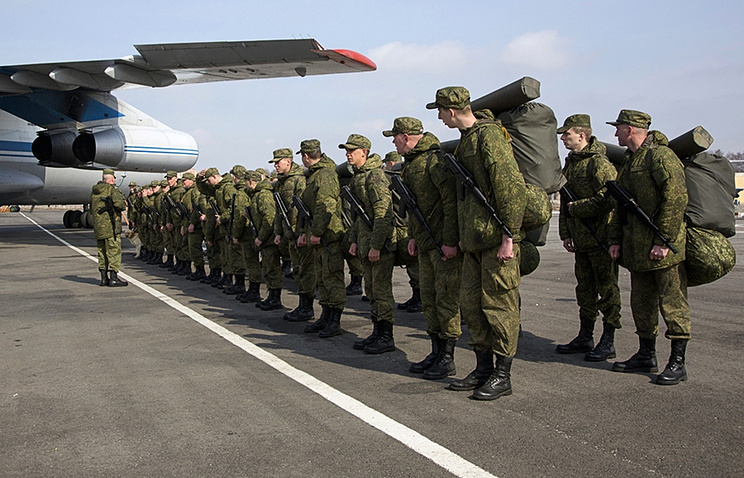 Number of Russian troops in Syria may increase

The consultations on Syria between Russia, the US and the UN due to be held in Geneva next week are the result of a recent meeting of Russian President Vladimir Putin and US Secretary of State John Kerry, Russian presidential spokesman Dmitry Peskov said on Friday (July 22).

“Of course, including thanks to this,” he said when asked whether the Geneva consultations can be seen as the result of talks between Putin and Kerry.

“In Moscow, the two sides discussed the need to intensify efforts, the need to accelerate the pace of peace-making efforts, so this is indeed happening,” the Kremlin spokesman said.

According to Peskov, the prospects for increasing the number of troops of the Russian contingent in Syria remains.

“When the decision was made to cut the number of personnel of our aviation contingent in Syria, you remember the statement of both the president (of Russia) and the military, who said that the temporary infrastructure there (in Syria) remained and therefore the contingent could be increased very quickly, if necessary. This will be done in accordance with the relevant tasks”, the Kremlin official said.

He readdressed all the follow-up questions on this matter to representatives of the Russian Ministry of Defense. Peskov said, however, that “such prospects (for increasing the number of troops) were declared by the president rather long ago.

Peskov declined comment on Western media reports about alleged Russian strikes on US base in Syria.

He told reporters on Wednesday that “[the Kremlin] does not know about this incident, so there is nothing to comment on based on these newspaper reports. Once again, this issue should be addressed to the [Russian] Defense Ministry,” he said.

A number of media previously reported with reference to sources of The Wall Street Journal that the Russian Aerospace Forces delivered several airstrikes on a militant base in the southeast of Syria. According to the sources, the base is used not only by the Syrian opposition forces, but also by the US and UK military.