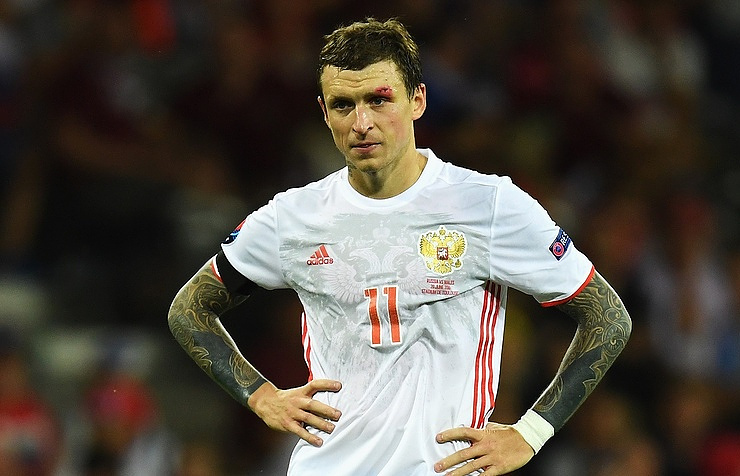 Russian national football team and Krasnodar FC ex-midfielder Pavel Mamaev apologized on Thursday to the country’s football fans for his flamboyant behavior after the 2016 Euro Cup and the notorious party at a luxury night club in Monaco, which he had visited together with his teammate Alexander Kokorin.

Life.ru news portal reported on July 5 that Mamaev and Kokorin were partying at Twiga club and ordered some 500 bottles of Armand de Brignac champagne costing 500 euros each, with the total bill reaching 250,000 euros. Life.ru quoted an eyewitness as saying that champagne was served while the Russian national anthem was playing and the party was accompanied with a fireworks display.

“It was never my intention to offend national football fans,” Mamaev wrote in his letter, which was posted on Thursday by Russia’s Championat.ru sports web portal. “I do extend my apologies to all football fans who dearly support the national team as well as to all supporters of Krasnodar football club.”

“There are no footballers without supporters just like there is no football without footballers. We are all parts of the whole,” Mamaev said. “Footballers bear a great responsibility of bringing happiness and positive emotions to homes of their fans. I can say that from now on I will be doing everything possible to make it happen.”

Following the incident at the night club in Monaco, Kokorin was disciplined with his transfer to Zenit’s second team, while Mamaev was demoted to the club’s youth squad. The sum of the financial penalties both players were subjected to remain undisclosed.

Last month the Russian national team lost to Wales 0-3 in its third group stage match of the 2016 Euro and failed to qualify to the next round of Last 16.

Russian Sports Minister and President of Russia’s Football Union Vitaly Mutko said earlier in the month that considering the act of defiance to society made by Kokorin and Mamaev, chances were little for these footballers to return to the national team.