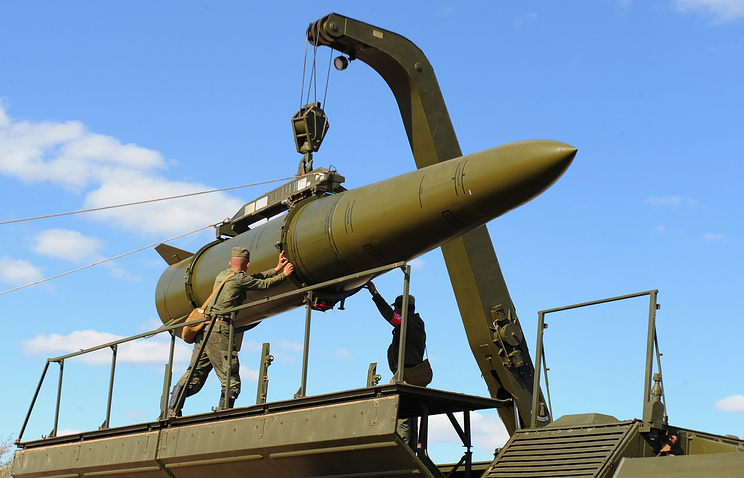 Missile troops of the Eastern Military District from the Primorsky Territory, Russia’s Far East, have carried out the first electronic launches from the Iskander-M tactical ballistic missile systems in a tactical exercise at the Kapustin Yar range in the Astrakhan region, southern Russia, the Eastern Military District spokesman Colonel Alexander Gordeyev told TASS on Friday (July 22).

“The electronic launches of missiles were carried out on different targets at a distance of up to 500 kilometers.”

The drills involve some 150 troops and some 50 units of armaments and military equipment.

The Iskander-M tactical systems are designed to destroy enemy targets at a distance of up to 500 kilometers (310 miles). The missile flies an alterable trajectory with rapid acceleration, which allows it to overcome the enemy’s missile defense systems. The time it takes to launch ranges from 4 to 16 minutes. The system is able to operate in temperatures ranging from -50 to +50 degrees Celsius (-58 to +122 F).