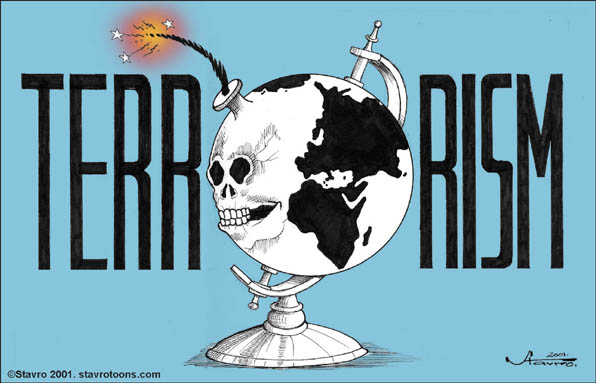 Don’t underestimate Islamic State. More atrocities are on their way

The attacks in Nice and Bavaria show that as the organisation loses territory, it is becoming an ideological state inciting anyone it can influence to acts of violence.

‘The Nice truck driver Mohamed Lahouaiej-Bouhlel was clearly not troubled by the humanity of those unfortunates who perished under the wheels of his truck.’

Islamic State waited less than 48 hours to claim responsibility for the horrific massacre in Nice in which at least 84 people – 10 of them children – lost their lives last Thursday night (July 14). This week Isis again moved swiftly to claim responsibility for Monday’s axe attack by a 17-year-old Afghan refugee on a train in Germany, in which four people were seriously injured before the attacker was killed by police.

It is possible that Isis’s claims are mere opportunism, but the nature of both attacks suggest that their perpetrators had been radicalised, or at least “inspired”, by Isis.

Isis – and its ancestor, al-Qaida – are highly aware of the impact of each “message in blood” (the title given by its propaganda department to a grisly October 2014 video depicting the beheading of a Kurdish man). Each violent “spectacular”, as jihadis frame such attacks, seeks to outdo those that preceded it with the intention of widening the reach of terror and grabbing headlines.

This is psychological warfare and has been an evolving aspect of the extremists’ strategy since the al-Qaida ideologue Abu Bakr Naji posted his online treatise the Management of Savagery in 2004.

Naji posits a battle in which the side capable of the most gruesome acts of violence will terrify their enemy into submission. This is not new: during the Crusades, for example, each side engaged in “threat display”, with Christians catapulting the severed heads of Muslim fighters over the walls of besieged towns. More recently, Japanese soldiers training for action during the second world war were deliberately desensitised and shown how to decapitate living prisoners. One such soldier, who later became a doctor, wrote, “It is terrible that I could turn into an animal and do these things.”

Viewing victims as less than human is part of the process known as brainwashing that states, terror groups and cults enlist in order to convince their operatives to perform acts of violence. The US soldier Steven Green, who, in 2006, along with four colleagues gang-raped, then murdered 14-year-old Abeer Qassim al-Janabi in front of her parents and siblings (who were then also killed), said at his trial: “I didn’t think of Iraqis as human.”

The Nice truck driver Mohamed Lahouaiej-Bouhlel was clearly not troubled by the humanity of those unfortunates who perished under the wheels of his truck. The Isis propagandist Abu Mohammad al-Adnani recently urged “lone wolf” attackers to use their cars to “run over” the “filthy French”. Lahouaiej-Bouhlel is alleged to have told the receptionist at the vehicle rental business that he wanted their “heaviest truck”.

In Germany it has been suggested that the teenage train attacker, who was living with a foster family, may have been influenced by the news that a friend had recently been killed. Lahouaiej-Bouhlel may also have been psychologically unstable or unwell. It has been reported that he was treated by psychologists, and mental illness may have made him particularly susceptible to the methods of online Isis recruiters, who tap into the sense of alienation and injustice often felt by impoverished immigrant communities (Lahouaiej-Bouhlel was of Tunisian extraction). A psychiatrist he visited in 2004 told the French press that he had diagnosed the “beginnings of psychosis”. He also had a history of violence: he had recently been found guilty of road rage and his wife has claimed he attacked her regularly.

Celebrating the attacks in Brussels that killed more than 30 people, the April issue of Isis online magazine Dabiq describes how the three brothers who carried them out wished to “avenge the Muslims of Iraq and Sham for the constant bombing by crusader warplanes”. Isis is losing its strongholds in Syria, Iraq and Libya in asymmetric warfare against forces backed and equipped by western countries. Terror attacks on western targets are its response, aimed at destabilising the countries it regards as its enemies. Increasingly, these attacks are perpetrated by people made vulnerable themselves by mental health issues, or petty criminals who have been promised redemption online by extremist clerics.

Islamophobia and the rise of the far right in Europe are, paradoxically, doing the work of the extremists who wish to sow the seeds of discord that may eventually grow into the full-blown civil conflicts we now witness in the Middle East and North African region’s failed states.

It is difficult to see how the west can counter this escalating challenge. The biggest mistake would be to underestimate Isis and to imagine it can be bombed out of existence. Now that it is losing its geographical heartland, it will increasingly become an ideological state intent on destruction, fuelled by implacable hatred and vengeance, and assisted by anyone it can enlist or influence, however indirectly, to carry out acts of violence it can then claim. We should expect more atrocities in the weeks and months to come.