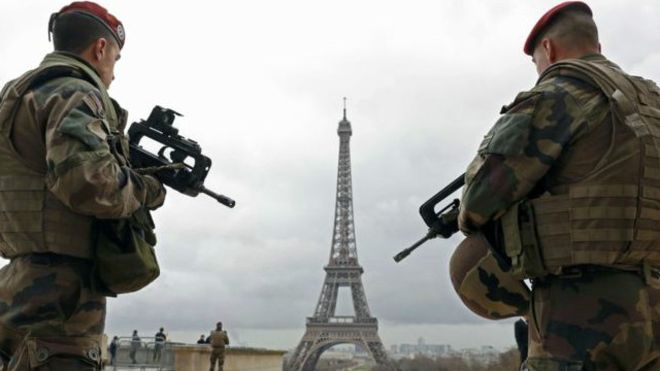 Protesters fire at police in standoff over custody death near Paris

Armed protesters fired at police, lightly wounding five, during overnight confrontations in an area north of Paris over the death of a young man in police custody, local officials said on Wednesday (July 20).

Officials made no link to last week’s militant attack in the coastal city of Nice, in which nearly 90 people were killed by a speeding truck, but France and its security forces remain on tenterhooks.

The protests in the Val d’Oise area were sparked when a 24-year-old died after being arrested, deputy prosecutor François Capin-Dulhoste told Reuters.

Capin-Dulhoste said the man had suffered a heart problem during transportation to the police station, but that the cause of death was being investigated.

Family members said police hit the man as they detained him for trying to prevent the arrest of his brother on suspicion of violence and extortion.

“About a hundred individuals … came looking for the law enforcement forces after a person died at the premises of the gendarmerie in Beaumont (town),” Jean-Simon Merandat, director of the Val d’Oise prefect’s office, told France Info radio.

“Things are calm now and we have about 130 gendarmes and other police on the spot,” he said.

Capin-Dulhoste said five police sustained gunshot wounds from firearms, and a sixth was wounded in physical violence from a protester. Merandat said the firearms used by the protesters were probably hunting weapons.

It was not clear if protesters were wounded in the standoff, but one arrest was made, the police said.

Weeks of rioting erupted in Paris’s often grim suburbs in 2005 after the death of youths electrocuted when they hid from police in a power hub.