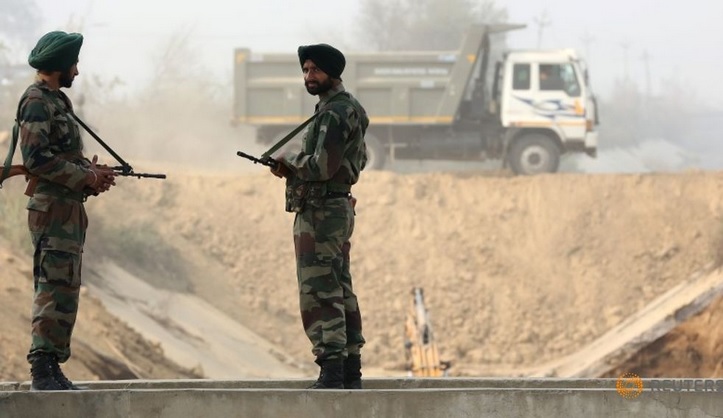 Indian police have arrested three suspects over the alleged gang-rape of a student by a group of men, some of whom had been charged with a previous attack on her, an officer said Wednesday (Jul 20).

The 21-year-old, who belongs to the lowest Dalit caste, has told police she was abducted near her college in the north Indian state of Haryana last week by the five men, who then drugged and raped her.

According to relatives quoted in Indian media, she identified all five as the men who had raped her before, in 2013. Two men were charged over that attack, but were released on bail while awaiting trial.

“We arrested three of them yesterday,” Pushpa Khatri, a police officer involved in the investigation, told AFP without giving further details.

A local court sent the three accused to police custody until Sunday, after a prosecutor asked for them to be remanded for further questioning, an officer present at the hearing said.

It was unclear whether the two men already facing charges were among those arrested. Police said they were still looking for two other suspects in the latest case.

The woman was found unconscious in bushes on the side of a highway last Wednesday night.

Her family has said the five men had issued threats before the latest attack, demanding that they withdraw the case lodged after the 2013 assault.

The family also told Indian media they had been forced to move away from their home district after the 2013 attack because of harassment.

However, some of those accused in the latest case have denied involvement, saying they were not in the area on the day of the alleged assault.

The fatal gang-rape of a student on a bus in Delhi in 2012 shone a global spotlight on frightening levels of violence against women in India and led to major reform of India’s rape laws.

Authorities promised speedier trials and increased punishments for offenders, but attacks still occur frequently and cases are often slow to come to court.

The most recent official figures show that 36,735 rapes were reported across the country in 2014, although activists say the true number is likely much higher because of the social stigma attached to sexual crimes.