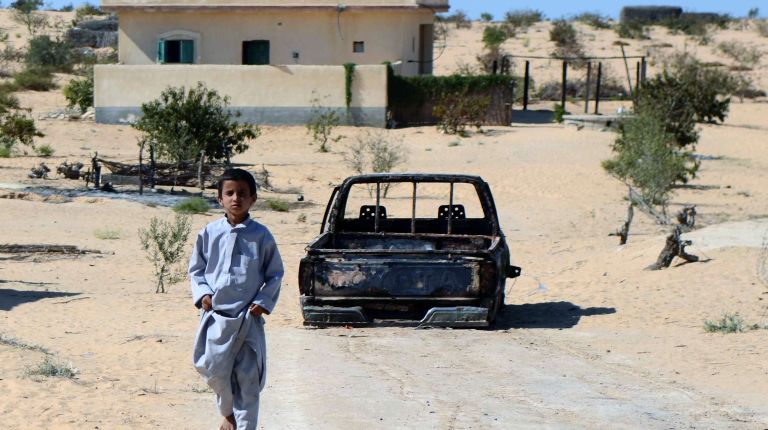 There are unconfirmed reports of one civilian death in what is believed to be a terrorist attack, but the Ministry of Interior was not available for comment.

Security forces told private news media that militants planted an explosive device on a police vehicle as it drove along the corniche of Al-Arish, later detonating it.

All casualties have reportedly been moved to Al-Arish general hospital.

Meanwhile, clashes broke out between police and militants at the Sheikh Zuweid police station, resulting in the death of five militants.

The militants attacked the station, and police forces retaliated with random gunfire.

Military aircrafts were seen circling over the station.

This is the latest in a series of sporadic attacks on police in Sinai, as a number of similar incidents occurred earlier this month.