Home » Sports » Putin made no decisions on dismissing sport minister 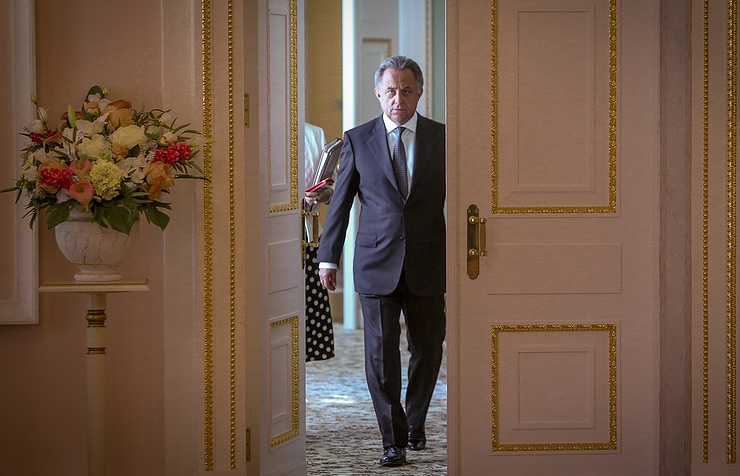 Putin made no decisions on dismissing sport minister

Russia is waiting for information from the World Anti-Doping Agency (WADA) concerning the Russian sport minister.

“Of course, if there is information about the minister, then Moscow is waiting for it,” Peskov said.

Russia does not plan to boycott Rio Olympics

According to the spokesman, Russia is not going to boycott the 2016 Summer Olympics in Rio de Janeiro.

“No, this topic is not on the agenda,” he said.

The Kremlin also hopes the International Olympic Commitee will lift its ban on international competitions in Russia.

Peskov voiced that hope following Tuesday’s provisional decisions and recommendations voiced by the IOC Executive Board, Russia continued its cooperation with the global governing body of Olympics.

“The investigation is still underway,” Peskov told journalists. “We hope that [after the investigation] weighty arguments will emerge in favor of lifting [IOC] decisions and recommendations.”

Asked whether the president had a scheduled meeting with the national Olympians, Peskov said “I do not know anything about it.”

“I have the presidential schedule right in front of me and I do not see such planned events,” he added.

The IOC Executive Board held a telephone conference on Tuesday regarding the recent report of the World Anti-Doping Agency (WADA) Independent Commission on the alleged widespread doping abuse and manipulations at the 2014 Sochi Olympics. Following the conference the IOC Executive Committee announced a number of provisional measures and recommendations.

Among the announced measures was the decision that “the IOC will not organize or give patronage to any sports event or meeting in Russia. This includes plans for the European Games 2019 organized by the European Olympic Committees (EOC).”

The IOC stated that the announced provisional measures and recommendations would be in force until December 31, 2016.

WADA Independent Commission, chaired by Canadian sports law professor Richard McLaren, released a report on Monday on the results of its probe into the accusations of doping and manipulation of tests by Russian athletes and officials at the 2014 Sochi Winter Olympic Games.

The commission claimed it had found evidence that Russia’s Sports Ministry and the Center for the Training of Russian National Teams and the Federal Security Service (FSB) supported the doping program in Russian sports.