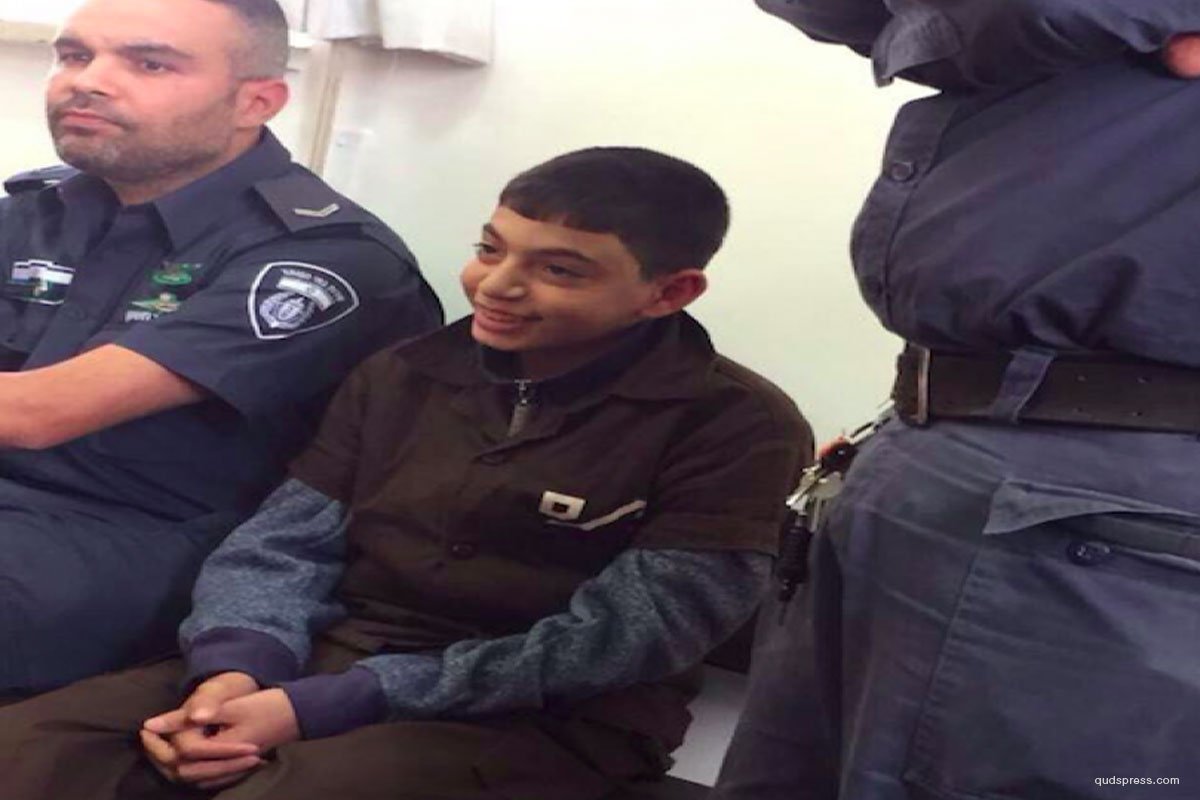 The Israeli Central Court in Jerusalem on July 17 sentenced 14-year-old Palestinian boy ‘Mo’awiyeh Alqam’ to six and a half years in prison for an allegedly stabbing attempt, Quds Press reported.

The boy’s father, Ahmad, said: “Such sentences are oppressive against our children. We should not remain silent. Our children have a right to live freely and to have dignity like other children in the world.”

It is worth mentioning that this sentence is based on a plea bargain reached between Alqam’s lawyer and the Israeli prosecutor.

Alqam has previously refused to remain in a closed facility supervised by the Israeli government, preferring to remain with adult prisoners.

The Israeli forces shot and wounded Alqam and his 12-year-old cousin, Ali, after they allegedly injured an Israeli security guard on the light railway near the illegal Israeli settlement of Pisgat Zeev in northern Jerusalem in November 2015.