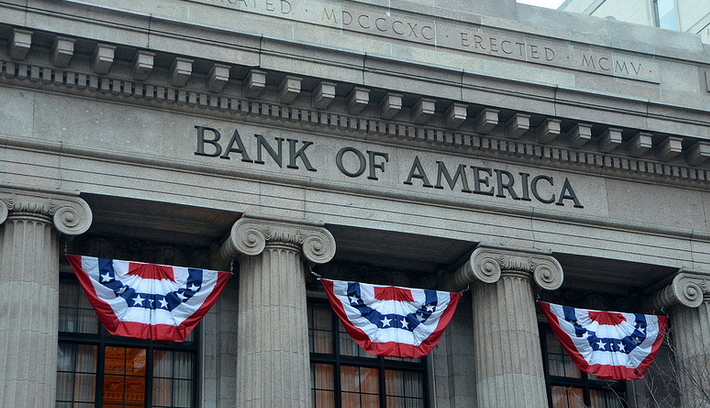 Excluding items, the bank earned 37 cents per share, beating the average analyst estimate of 33 cents, according to Thomson Reuters I/B/E/S.

Net interest income fell 12 percent to US$9.2 billion in the quarter.

Like all big banks, BofA’s ability to boost earnings has been hampered by persistently low interest rates and stricter capital requirements. That has meant it has had to resort to heavy cost-cutting to drive earnings.

BofA’s non-interest expenses fell 3.3 percent to US$13.49 billion in the latest quarter.

“We continued to invest in core growth areas and to manage expenses, which were down 3 percent year over year to a level not seen since 2008,” Chief Executive Brian Moynihan said in a statement.

BofA has been closing retail branches and reducing overall headcount, while increasing hiring for sales staff.

Before Britain’s June 23 vote to leave the European Union, the U.S. Federal Reserve had been widely expected to raise interest rates at least twice this year, after raising them for the first time in nearly a decade in December.

Now, there are doubts that there will be any rate hike at all in 2016.

The bank, whose shares were little changed in premarket trading, said provisions for bad loans rose 25 percent to US$976 million.

The Charlotte, North Carolina-based bank had been expected to be one of the worst-performing banks in the quarter, in part due to its large exposure to the energy sector.

Moynihan said in June that the bank’s trading business was on track for mid-single digit percentage revenue growth.

BofA said last month it would buy back US$5 billion of shares after clearing the latest round of Federal Reserve stress tests that evaluated its ability to withstand a financial crisis.

Up to Friday’s close of US$13.66, Bank of America’s shares had fallen about 19 percent since the start of the year. The KBW bank index fell 8 percent over the period.

(Reporting by Sruthi Shankar in Bengaluru and Dan Freed in New York; Editing by Ted Kerr)