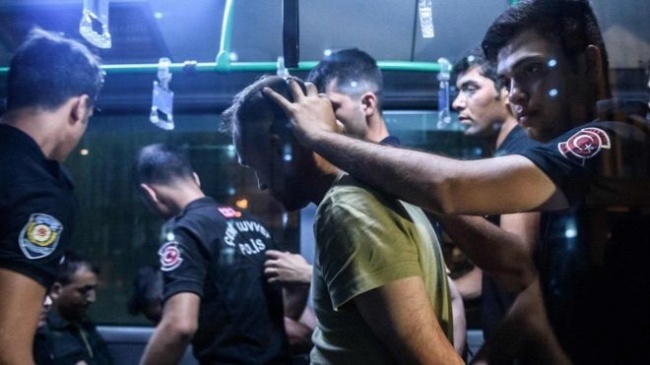 Turkey has detained a total of 103 generals and admirals in the wake of the failed coup aimed at overthrowing President Recep Tayyip Erdogan, state media said on Monday (Jul 18).

The top military figures have been detained in sweeps across the country after Friday’s attempted putsch, the Anadolu news agency said, in what appears to be a major purge of the armed forces.

They are now being taken to courts to decide on remanding them in custody.

Ten generals have already been remanded in custody ahead of trial, the Dogan news agency said.

Those detained are accused of seeking to violate the Turkish constitution and attempting to overthrow the authorities by force.

They are also accused of belonging to what the authorities call the Fethullahci Terror Organisation (FETO) led by Fethullah Gulen, the exiled US-based preacher who Erdogan blames for the coup.

Gulen’s supporters say their group, which they call Hizmet (Service), is entirely peaceful.