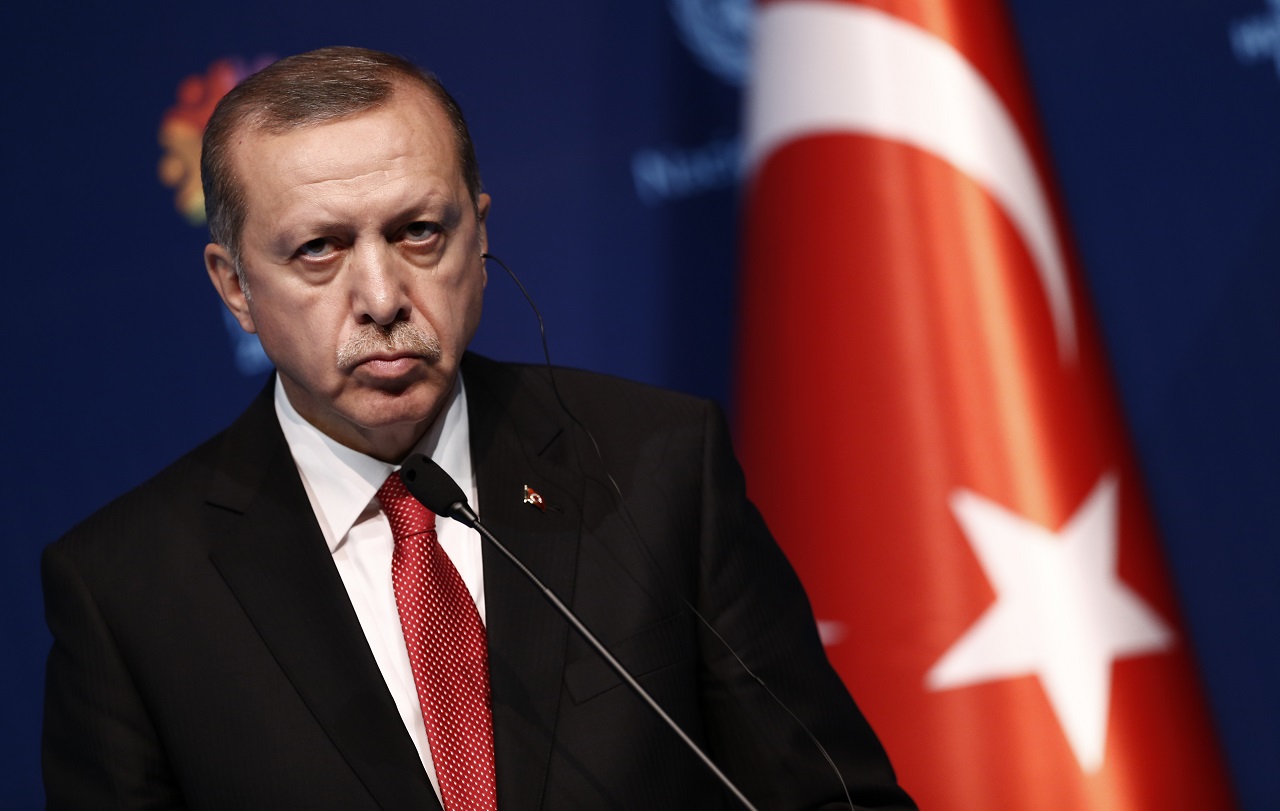 Turkish coup’16: Erdogan fought out, but comes closer to failure

It did happen in Turkey. Discontent of some part of the Turkish military resulted in a direct confrontation with the country’s political leadership. The military staged a mutiny, announced establishment of the Turkish Peace Council, took under control several main transport hubs and squares in two biggest Turkish cities. However, the military coup d’etat failed. At dawn of July 16, President Recep Tayyip Erdogan whom they hate announced that the mutiny was suppressed.

By the moment, several unclear details of this probably the main military and political event of the year remain behind the scene. Some experts hurried to call the military coup an “amateur affair” destined to fail. For instance, such vision was expressed in the United States, the place where Erdogan thought the headquarters of the coup instigators was located when accusing his vociferous opponent living in Pennsylvania, preacher Fethullah Gülen.

However, actions of the military insurgents were not amateur. They used the whole range of tools they had to settle the key task that would allow them achieving the final goal – physical elimination of Erdogan, after which the whole structure of the political system in Turkey being built for 14 years was supposed to collapse. That is why the first target was Erdogan’s summer residence in Marmaris.

The president managed to avoid this fate, making the whole plot of the coup going into a direction that was no good for the insurgents. Erdogan mobilized his main force by bringing his supporters to the streets of Ankara and Istanbul. Since the very minute when people started gathering in the streets and Erdogan arrived in Istanbul from Marmaris, the coup was doomed to failure.

Erdogan did not win – he got lucky. Although the coup was suppressed, it made closer political collapse of the current Turkish leader. Internal disruption in Turkey, which is predecessor of a civil war, is so big that it showed itself in the most powerful government institution. The army and law enforcement institutions are even more divided that it was thought before. Key organizers of the coup are considered to be high-ranking officers in the Air Forces and gendarmerie. The gendarmerie was most actively exploited in suppressing the Kurdish insurgents in the south-east of the country. The Air Forces were relieved of the chores in the field operations against own people, but discontent among them boiled over.

First statement of the Turkish Peace Council for the public the idea was clearly stated that Turkey will be facing a disaster as soon as Erdogan remains president. For almost two decades in rule, the president purged the army completely. But some levels of the army hierarchy remained deeply hostile to the “moderate Islamist” ruling the country. They were mostly colonels. It was them who paralyzed functioning of the General Staff, put warplanes to the air and pulled internal troops for seizing strategic facilities.

Now, Erdogan is facing only two ways: either to resign or to purge all the levels of the military and law enforcement in Turkey. The first option is to be ruled out immediately, as Erdogan has no “internal peacekeeping code.” He will never resign, even though this step could be a solution to the crisis that would hinder it from becoming a disaster. On the contrary, after feeling inflow of power, certain courage from the situation that turned to be advantageous for him, he will follow to the end and make his political failure even closer.

One can expect Erdogan to reset it in his traditional oppressive manner with more aggression. He will not resist temptation to finally sort things out not only with the military and Gülen, but with domestic political opponents. This will be the direct way to a dictatorship that nobody in the west will allow Erdogan to establish.

The role of the U.S. and its European NATO allies in the whole story is still to be considered. There had been very few leaders in the West willing to shake hands with Erdogan even before the coup. Now, the attitudes become even worse. At least because he let a small war happen in the streets of Ankara and Istanbul with dozens of victims resulting not from terror attacks, but from an armed conflict within power institutions. Law enforcers fighting with the military, using Air Forces and military hardware in a NATO member-country is an incredible and shameful situation for the U.S. and the EU.

Even long before the recent developments, Erdogan was enjoying a cold welcome in the West. The West launched a plan for his step-by-step removal from office (so-called anti-Erdogan plan). But the military coup that was previously ruled out as a scenario of the anti-Erdogan action plan was like a cold shower for Washington and Europeans.

Things turned out to be much worse in Turkey than western intelligence services forecasted. The major newsmaker of Erdogan’s victory over the insurgents, the National Intelligence Organization (MIT), knew nothing about the planned attacks and hardly managed to withstand them.

As we believe, the starting point of the coup was in mid-February 2016, when on Feb 17 an explosion took place in Ankara. 22 of the 28 victims were military pilots. One of Kurdish military groups claimed responsibility for the attack then. Media reported that Erdogan personally insisted that deaths of military pilots should remain secret, but failed. Moreover, since then some generals and colonels at the Turkish Air Forces were insurmountably anger at the president. The night of the 16th of July has shown outcomes of the anger.

As for reasons of the military coup, they need to be examined in a more detailed manner. It is more important to understand the forthcoming developments in the Turkish domestic policy.

Although, we can say already now that Erdogan has found himself in a trap that will be not easily overcome by imposing state of emergency, curfew, reshuffle of the military and law enforcement. The only solution for him is to resign, call for early elections and forming a coalition government. This would be an ideal scenario. In reality, Erdogan would prefer to find himself in a disaster with the whole Turkey instead of sacrificing for the 80mn country to stop it at the razor edge.