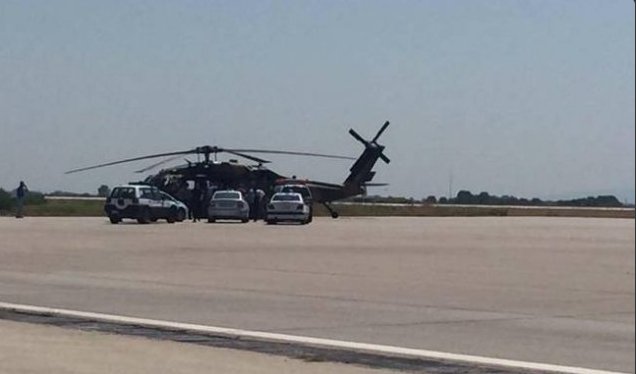 The Black Hawk helicopter landed after sending a distress signal to authorities at the airport in Alexandroupolis in the country’s north. Seven of those on board were in military uniform and all are believed to have been involved in the coup bid, ERT TV said.