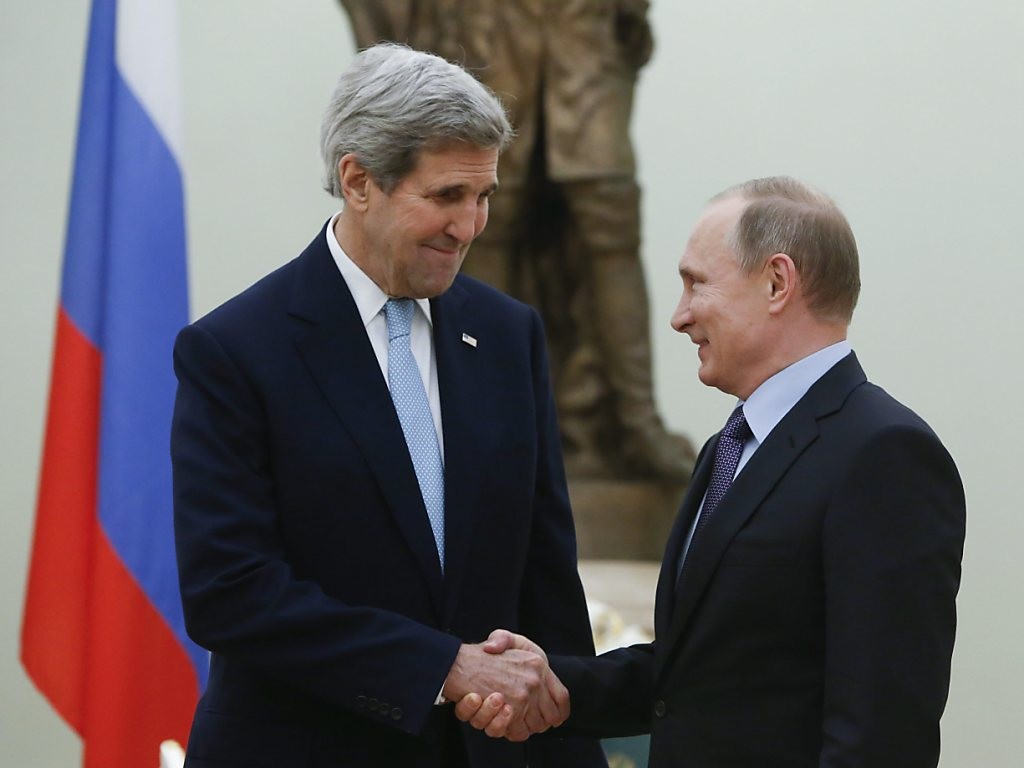 U.S. grateful to Putin for leadership role in Karabakh settlement

After talks with Russian Foreign Minister Sergey Lavrov, Kerry said he is grateful to President Vladimir Putin for his leadership role.

Kerry reminded that just last month, Putin met with the Armenian and Azerbaijani presidents, adding that everyone will benefit from avoiding a new outbreak of violence.

Kerry said with the Russian, American and French support, there is a potential for progress in the conflict settlement.