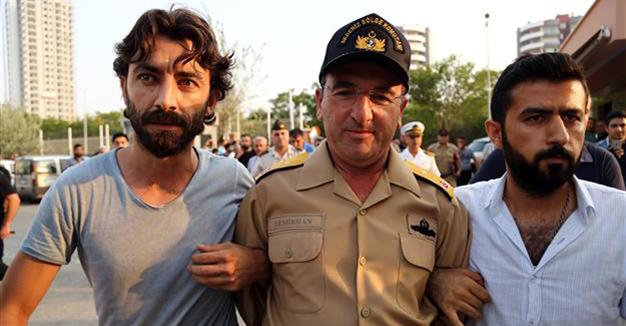 1563 detained over coup attempt in Turkey

A total of 1563 people, have been detained over the charges of coup attempt, Anadolu Agency reported.

There are high-ranking officers among the detained. Broadcaster CNNTürk said four of them were generals and 29 of them were colonels.

Justice Minister Bekir Bozdağ had informed that state prosecutors in all 81 provinces have already launched investigations on the coup attempt, saying “Detentions are mostly taken place in Ankara and Istanbul but there are other detentions in many other places of Turkey.”

In the meantime, Brigadier General Ekrem Çağlar, chief of the staff operations of the 3rd Army has also been detained, the Agency reported.