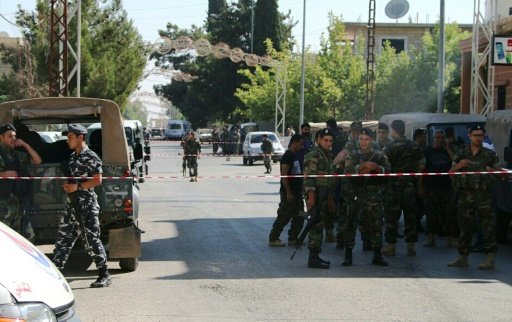 Lebanon’s military prosecutor has charged three people, including two Syrians, with links to the Islamic State group and involvement in suicide bombings in a village on the Syrian border.

A judicial source told AFP on Thursday (July 14) that one of the three, a Syrian, had been arrested last week during the dismantling of an IS-linked cell suspected of planning attacks across Lebanon.

The two others, one Syrian and another believed to be Lebanese, are still at large.

The three are alleged to have links to two waves of deadly suicide bombings that hit the border village of Al-Qaa in a single day on June 27.

Eight suicide bombers blew themselves up in the village, killing five people and wounding dozens.

Al-Qaa lies on a main road linking the Syrian town of Al-Qusayr to the Bekaa valley in eastern Lebanon.

Its 3,000 residents are predominantly Christian, but the Masharia Al-Qaa district is home to Sunni Muslims and some 30,000 Syrian refugees live in a makeshift camp on the edge of the village.

The indictment accuses the three suspects of “murder and attempted murder of civilians, sowing terror and discord, and undermining stability.”

The charges carry the death penalty.

The attacks were not claimed by any group, but bore characteristics of both IS and Al-Qaeda.

At the end of June, the Lebanese army announced it had arrested five IS members accused of planning attacks in Beirut.

Lebanon has been hit by a string of deadly attacks since the conflict in neighbouring Syria began in 2011.