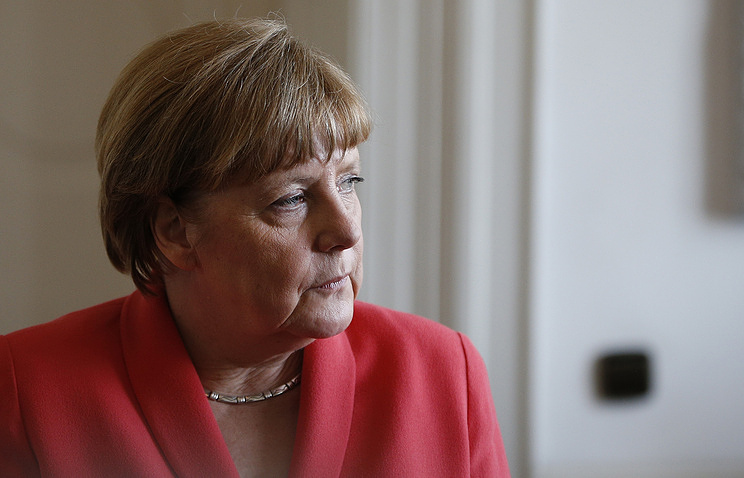 Germany is interested in soonest restoration of relations with Russia which soured after events in Crimea and east Ukraine, German Chancellor Angela Merkel said on Thursday (July 14).

“However, this will require a lot of effort. This is a very complicated process,” Merkel said after talks with Kyrgyzstan’s President Almazbek Atambayev in Bishkek. The chancellor noted that all conflict situations should be resolved by peaceful means. “They should be resolved diplomatically. This will take some time,” she added.

A very important aspect is improving relations between the European Union (EU) and Eurasian Economic Union (EAEU). “Cooperation should develop in this sphere,” she said. Merkel noted that Germany and France are working on facilitating the implementation of the Minsk Agreements and normalizing relations with Russia.