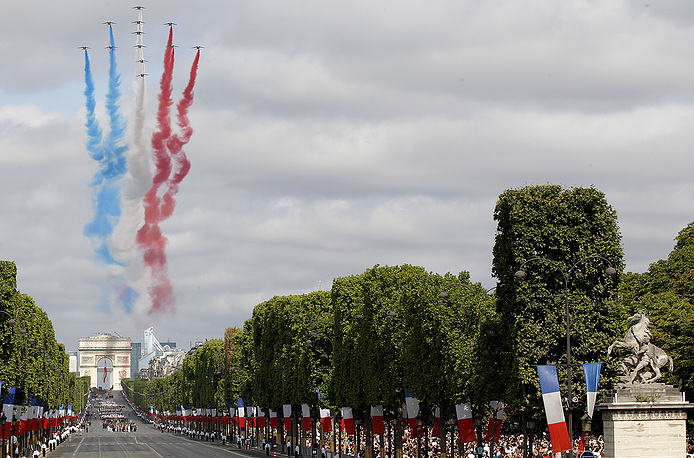 The president noted in his telegram that France is traditionally one of the most important Russian partners, both in Europe and the world. “For many decades our countries have worked out a vast potential of mutually beneficial cooperation in different spheres,” he said.

Putin expressed his confidence in the development of constructive Russian-French ties for the benefit of two nations and the strengthening of international stability and security.

The holiday commemorates the Storming of the Bastille prison on July 14, 1789, which was the flashpoint of the French Revolution.