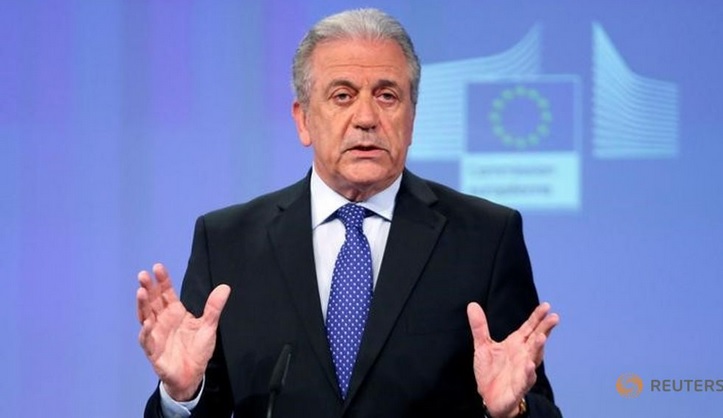 The European Commission proposed on Wednesday to harmonise further EU asylum rules, partly to ensure that people waiting for refugee status do not cross Europe’s internal borders in ways that have disrupted its passport-free zone.

The Commission blamed differences in asylum procedures and conditions offered to refugees in EU states for such “secondary movements”. Last year, 1.3 million people reached the bloc and most ignored legal restrictions to trek from the Mediterranean coast to wealthy Germany, prompting several EU states to suspend the open internal border regime of Europe’s Schengen area.

“The changes will create a genuine common asylum procedure and guarantee that asylum seekers are treated in an equal and appropriate manner, regardless of the Member State in which they make their application,” said EU Migration Commissioner Dimitris Avramopoulos.

“At the same time, we set clear obligations and duties for asylum seekers to prevent secondary movements and abuse of the procedures.”

The proposal would standardise refugee reception facilities across the bloc and a unified level of state support, including rules on residence permits, travel papers, access to jobs, schools, social welfare and healthcare.

It would grant prospective refugees swifter access to labour market in Europe but also put more obligations on asylum-seekers who would risk sabotaging their case if they do not cooperate effectively with state authorities or head to the EU state of their choice rather than stay where the bloc wants them to.

The five-year waiting period after which a recognised refugee is eligible for long-term residence would be restarted if they move from their designated country, the Commission said.

The proposal comes after the Commission’s complimentary ideas on an EU-wide system for distribution of asylum seekers drew ire in May from the bloc’s eastern states who all but refuse to take in refugees.

The Commission proposal will be reviewed by national governments and the European Parliament with a view to preparing legislation.