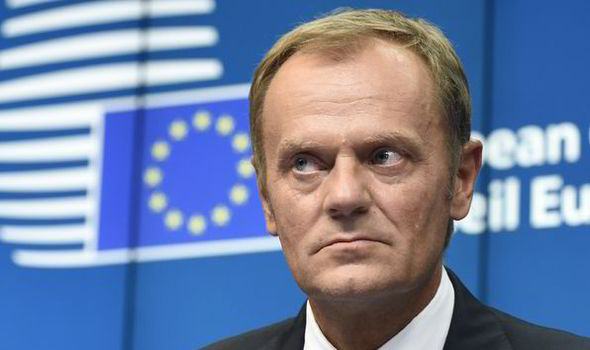 The EU must not let Britain profit from leaving the bloc as that could inspire other states to follow suit, European Council President Donald Tusk said, echoing other policymakers in signalling a tough stance in upcoming Brexit negotiations.

Britons voted in a referendum last month to quit the European Union, with pro-leave campaigners saying the country needed to set limits on immigration.

But EU leaders have made clear that Britain could not retain access to the bloc’s single market without accepting the right of other EU nationals to move to the country.

“No one should be seething with desire to punish, humiliate (the British) for what they have done to us,” Tusk, who chairs meetings of EU heads of state, told Polish weekly Polityka in an interview published on Wednesday (July 13).

But if leaving the 28-country bloc was to become an attractive model of improving a country’s standing, then other countries would also consider doing so.

“We cannot push them away from us, but we cannot let them profit from Brexit, as that would be lethal for the EU,” Tusk said.

German Chancellor Angela Merkel told broadcaster ZDF on Sunday that Britain would not be allowed to “cherry pick” what it wanted from the relationship while jettisoning aspects it did not like.