Home » Press » Putin LOSES IT, Warns Journalists of War: “I Don’t Know How to Get Through to You People” 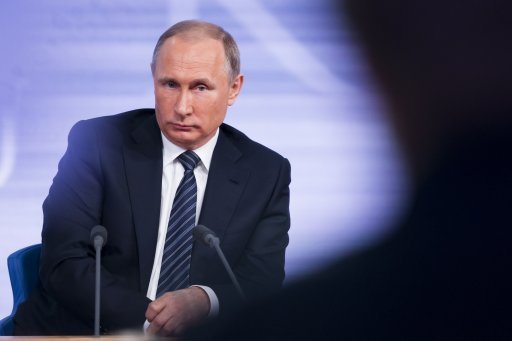 Putin LOSES IT, Warns Journalists of War: “I Don’t Know How to Get Through to You People”

‘How do you not understand that the world is being pulled in an irreversible direction?’

Vladimir Putin has finally taken the kid gloves off.

The Russian president was meeting with foreign journalists at the conclusion of the Saint Petersburg International Economic Forum on June 17th, when he left no one in any doubt that the world is headed down a course which could lead to nuclear war.

Putin railed against the journalists for their “tall tales” in blindly repeating lies and misinformation provided to them by the United States on its anti-ballistic missile systems being constructed in Eastern Europe. He pointed out that since the Iran nuclear deal, the claim the system is to protect against Iranian missiles has been exposed as a lie.

The journalists were informed that within a few years, Russia predicted the US would be able to extend the range of the system to 1000 km. At that point, Russia’s nuclear potential, and thus the nuclear balance between the US and Russia, would be placed in jeopardy.

Putin completely lost patience with the journalists, berating them for lazily helping to accelerate a nuclear confrontation by repeating US propaganda. He virtually pleaded with the western media, for the sake of the world, to change their line:

We know year by year what’s going to happen, and they know that we know. It’s only you that they tell tall tales to, and you buy it, and spread it to the citizens of your countries. You people in turn do not feel a sense of the impending danger – this is what worries me. How do you not understand that the world is being pulled in an irreversible direction? While they pretend that nothing is going on. I don’t know how to get through to you anymore.

Does anyone in the reeking garbage heap that is mainstream western media have a conscience? Do they even have enough intellect to get what Putin is saying – that they are helping to push the planet towards WorldWar III?