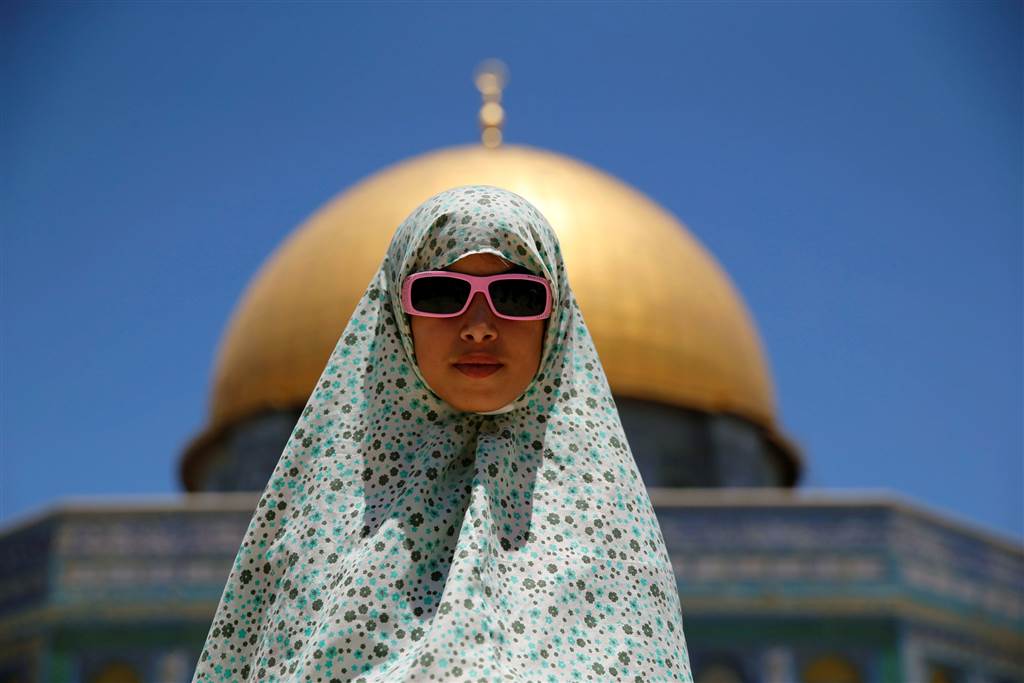 The Emir of Kano, Muhammadu Sanusi II, rides a horse as he parades with his entourage and musicians on the streets of Kano, northern Nigeria on July 6, during the Durbar Festival celebrating the Eid al-Fitr which marks the end of the Islamic holy fasting month of Ramadan.

Hillary Clinton looks back at the faded sign of the former Trump Plaza as she speaks in Atlantic City, New Jersey on July 6. Trump Plaza closed permanently on Sept. 16, 2014.

An Iraqi man searches for the bodies of victims of a suicide-bombing attack in Baghdad’s Karada neighborhood on July 4. A suicide truck bomb in downtown Baghdad killed 292 people who were out shopping and celebrating early Sunday ahead of the holiday marking the end of Ramadan, security and medical officials said.
Karada is a major commercial area lined with clothing and jewelry stores, restaurants and cafes, and was packed with shoppers ahead of Wednesday’s Eid al-Fitr holiday marking the end of Ramadan. Most of the victims were inside a multi-story shopping and amusement mall, where dozens burned to death or suffocated, police said.

Iraqi women wait to hear about family members who went missing after a car bomb hit Karada, a busy shopping district in the center of Baghdad on July 3.

A Dallas Area Rapid Transit police officer gets comforted at the Baylor University Hospital emergency room entrance on July 7 in Dallas.
Five Dallas police officers were fatally shot and seven others wounded during a protest over the deaths of black men killed by police this week in Louisiana and Minnesota — the deadliest day for U.S. law enforcement since the Sept. 11, 2001, terrorist attacks.

The jockeys of the “Contrada of Chiocciola ” and “Contrada of Giraffa ” fall during the historical Italian horse race of the Palio of Siena on July 2 in Siena.

Relatives and friends of Rabbi Michael Mark mourn during his funeral on July 3 in Otniel, West Bank. Rabbi Michael Mark was shot and killed, and his wife and two children injured in a drive-by terrorist attack on his family car on route 60 in the West-Bank.

Visitors gather outside Ark Encounter in Williamstown, Kentucky on July 5. A 510-foot-long, $100 million Noah’s ark attraction built by Christians who say the biblical story really happened opened in Kentucky this week. The ark is built based on dimensions in the Bible. Inside are museum-style exhibits: displays of Noah’s family along with rows of cages containing animal replicas, including dinosaurs.

Serena Williams competes against Christina McHale in their second round match during the Wimbledon Championships at the All England Lawn Tennis Club, in London on July 1.

A woman looks across as a gay parade participant poses for pictures during Gay Pride parade in Madrid, Spain on July 2. Hundreds of thousands of people defied high temperatures and relative security concerns and turned out in Madrid to march in Saturday’s LGTB Pride parade, one of the biggest in Europe, along the streets of the Spanish capital, just three weeks after members of the gay, lesbian, bisexual and transgender community were tragically victimized in a shooting massacre at a United States nightclub.

A Palestinian girl prays on the last Friday of the holy fasting month of Ramadan on the compound known to Muslims as Noble Sanctuary and to Jews as Temple Mount in Jerusalem’s Old City on July 1.

Water is sprayed onto revelers during the launch of the ‘Chupinazo’ rocket, to celebrate the official opening of the 2016 San Fermin festival in Pamplona, Spain, on July 6.

A Dallas police officer takes a moment as she guards an intersection in the early morning after a shooting in downtown Dallas, on July 8. At least two snipers opened fire on police officers during protests in Dallas on Thursday night; some of the officers were killed, police said.