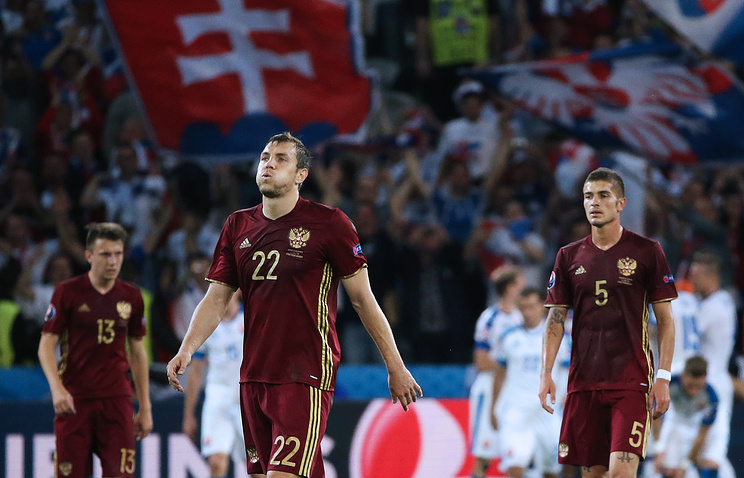 A petition to disband the Russian national team is a grade given to the level of Russian football, Sports Minister Vitaly Mutko told Tass on Monday (July 12).

A petition at change.org was launched by a resident of Russia’s Siberian Tyumen region about two weeks ago. On July 2, the central office of the Russian government considered it and redirected it to the Sports Ministry. At the moment, it has generated about 860,000 signatures.

“Of course it [the petition] will be discussed, given the amount of collected signatures. This is a certain rating of not only the quality of the national team’s performance, but partly of the football level. This is the factor that we must take into regard, and we will be doing this in forming a new team, in appointing a new coach. This must be reckoned with,” said Mutko, who is also president of the Russian Football Union.

“The Russian Football Union has no national team as an institution – the team ceases to exist with the last whistle of a referee. Each time the team gathers together anew, it is not a club on a permanent basis, the national team is formed of the most successful and best trained players at the moment,” he explained.

“At the moment, there is no national team and no coach. Virtually, I have a feeling that we are getting many years back into the past,” Mutko said.”Such an amount of signatures seeking to see the national team dissolved is a minimal potential of people not indifferent to football. These people must be relied on, and moves being made must be explained to them. If they see the national team developing in a right direction, the team will get a fair support that it needs – the way we saw it in 2008,” Mutko said.

The campaign against the national team came on the wake of its poor performance at the 2016 UEFA Euro Cup in France last month.

Playing in Group B at the Euro Cup, which kicked off on June 10, Russia ended its match against England with 1-1 draw, then lost its encounters with Slovakia and Wales (1-2 and 0-3 respectively).