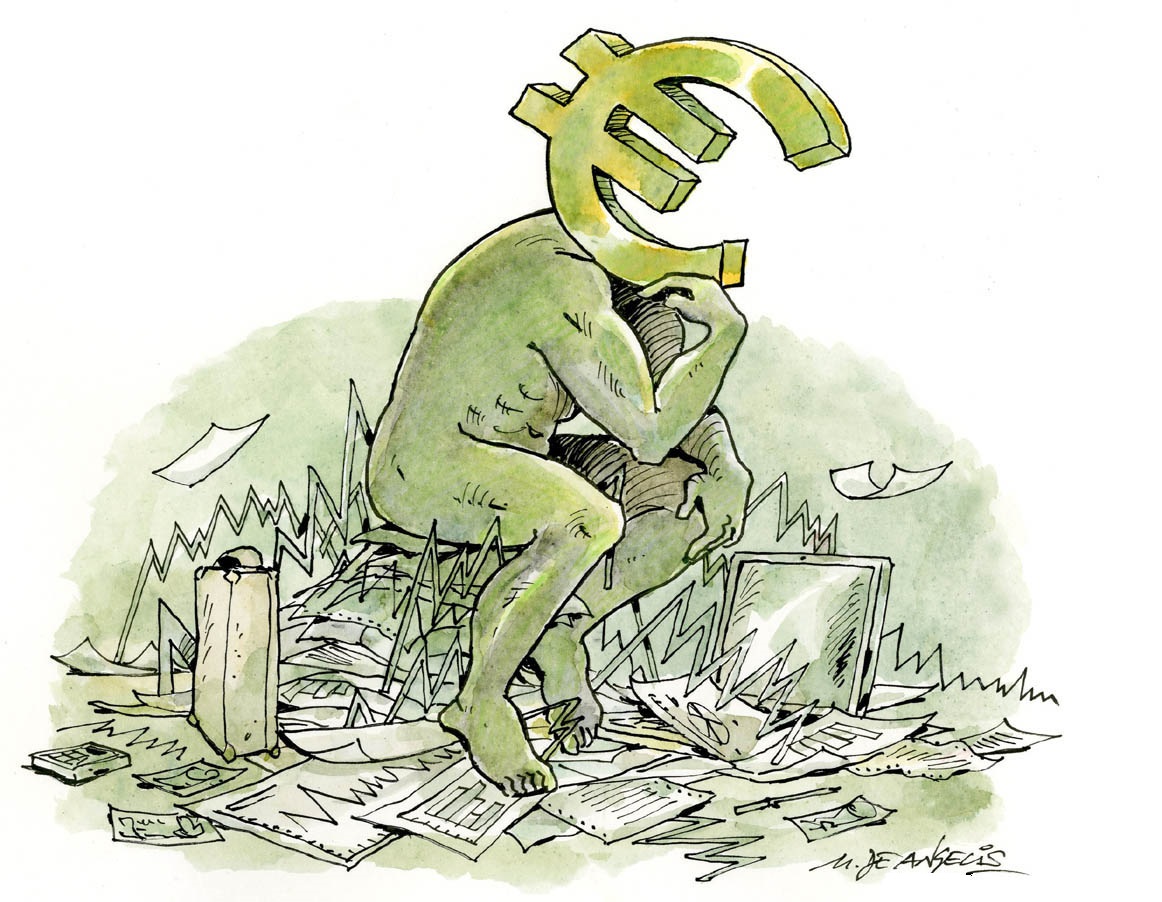 No emergency measures of either the European Central Bank or any other central banks can rescue the European banking system that currently stands on the verge of collapse. The shares of Europe’s largest financial institutions – Deutsche Bank and Credit Suisse – have already hit their all-time lows.

The shares of Deutsche Bank have set a new anti-record at around 11.54. As it usually happens in such cases, the exchange had to stop EuroStoxx50 and Eurostoxx600 quotes citing technical problems.

The shares of Italy’s Monte Paschi experience a similar situation. Regulators imposed a ban on short-sellings, but for some reason decided not to restrict the trading in CDS. As a result, traders switched to the market of credit default swaps, having pushed insurance against default to new highs.

The composite index of European banks has been showing minimum levels since 2001, when the banking crisis was raging in the Old World.

Interbank rates have been showing explosive growth, thus demonstrating the bankers’ decreasing desire to credit each other. According to experts, this is the worst thing that can happen. At some point, someone will be unable to receive the necessary portion of liquidity, and it will be the time when serious problems start.

Europe is standing on the verge of a full-fledged banking crisis, Chairman of the Board of Directors of Societe Generale, former member of the Governing Council of the ECB, Lorenzo Bini Smaghi, told Bloomberg. According to the official, the crisis will start to unfold in Italy, where the amount of overdue loans is evaluated at €360 billion.

Italy suggested using the budget as a source of investment, but Germany stood up against such an initiative, as it was against the rules.

Analysts at JP Morgan Bank say the RBS, as well as Lloyds and the Bank of Ireland invest most in the real estate sector. Barclays, HSBC and Standard Chartered run lower risks at this point.

Italian banks have accumulated €360 billion of bad debts. As was already mentioned, the laws of the European Union prevent the Italian government from investing state funds into the banking sector.

The problems of the Italian banking sector threaten to plunge the country into recession. Recession in Italy will inevitably affect the EU, as it was during the peak of the Greek debt crisis. At the end of 2012, when the second bailout package for Athens was approved, EU’s GDP fell by 0.5%. In the past, the European Union’s economy fell by 4.9% during the global financial crisis in 2009, which was triggered by the US mortgage crisis. In 2015, EU’s GDP rose by 2%, Eurostat said.

Italy’s bad debts may trigger a severe crisis in Europe. Even during the financial crisis of 2008-2009, non-performing loans in the US amounted to five percent, The Wall Street Journal said. In Italy, this figure amounts to 17% (360 billion eur). Italian banks account for almost a half of all non-performing loans among public banks in the eurozone.

As it turns out, Brexit is not the biggest problem that Europe is facing today.