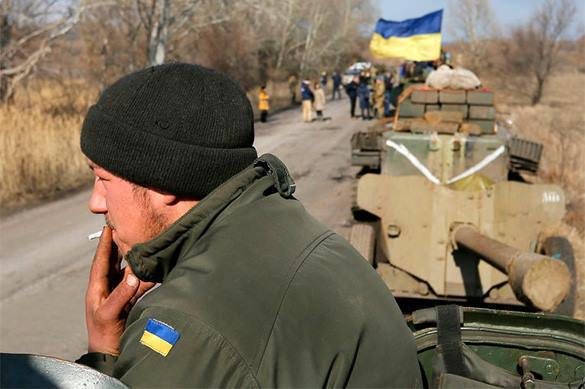 On July 11, it was reported that Ukrainian forces took two Russian citizens prisoners, a message posted on the Facebook page of the Ukrainian General Staff said.

The Russians were reportedly taken captive during the shelling of Donbass. A third man died from injuries. According to preliminary information, the killed man was a resident of the Russian city of  Omsk.

Currently, the two Russian captives are being kept in a medical facility, where they receive medical assistance, the press service of the General Staff of Ukraine said.

According to the Ukrainian military, the captives are two Russian commanders – one being a platoon commander, and the other one – a company commander.

Kiev officials said that the battle occurred at night near the village of Troitskoye, the Donetsk region, when a group of Russian military men consisting of about 20 people, tried to make their way into the rear of the Ukrainian troops.

On July 9 overnight, Ukrainian troops launched more than 300 shells on the territory of the contact line with the People’s Republic of Donetsk, putting the northern and western outskirts of Donetsk under heavy fire.