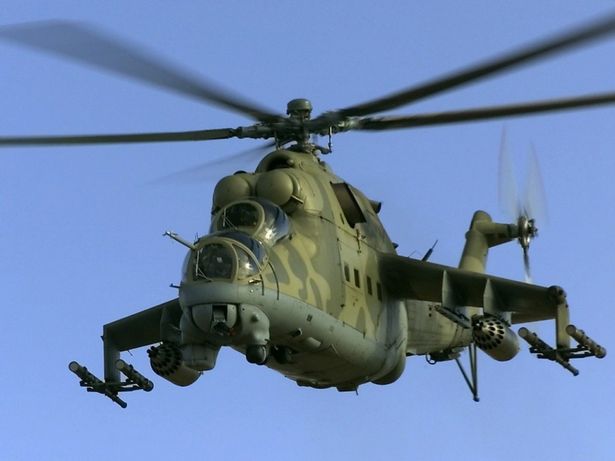 “On July 8, 2016 Russian training military pilots Ryafagat Khabibulin and Yevgeny Dolgin were making a test flight of a Syrian Mi-25 helicopter with ammunition in the Homs region (Syria),” the defense ministry said. “At the time, a large detachment of ISIS gunmen mounted an offensive against Syrian troops to the east of Palmyra and breaking through the defenses, made a rapid dash into the area, threatening to capture the heights.”

Syrian reserve units that could be redeployed to the area to curb the terrorists’ advance were not available then, the ministry said.

“The crew received a request from the Syrian grouping’s command to deliver air strikes at the advancing combatants,” it said. “Crew commander Ryafagat Khabibulin made a decision to attack the terrorists. Owing to the Russian pilots’ correct actions, the terrorists’ attack was thwarted.”

“After having run out of ammunition, the turning around helicopter was hit by militants’ gunfire from the ground and crashed in the area controlled by the Syrian governmental army. The crew died,” the defense ministry said.

The Russian military pilots were nominated for top state awards.