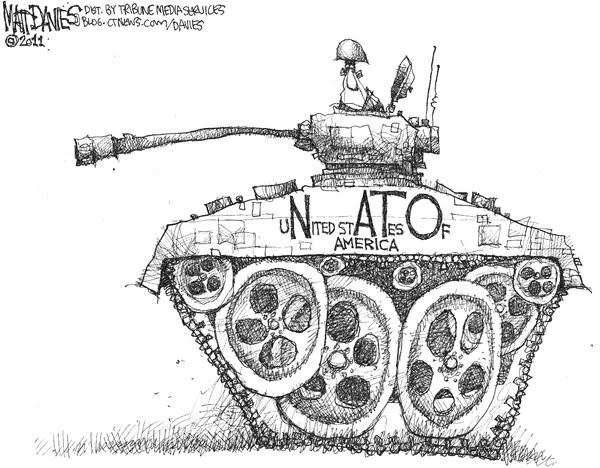 NATO doesn’t learn from its mistakes

We don’t expect anything special from the NATO Summit in Warsaw. Officially, there are few purposes of this meeting.  First, but this is not really a new theme, is the struggle against ISIS. The war on terrorism never ends. The second reason is to strengthen NATO’s eastern flank. But nobody knows what exactly this means  or why NATO should do this.  Of course, between the lines, we can see that the real purpose is to show the strength of the Pact and to frighten Russia. But Russians are not easy to frighten. If this is the real goal of the Summit, then we can say that it has already failed.

During the summit, we have extraordinary, absurd security measures in Poland. Warsaw was almost closed for a few days. The government is really anxious about protests. Citizens are forbidden from going through large parts of the city, and not even for political reasons. It’s simply impossible to walk down the streets. The Summit is not a problem for Russia or ISIS – it is a problem for ordinary Warsaw residents.

From my point of view, the real discussion of this Summit should be about the future of the Pact and its policy towards Russia. After all the economic sanctions, the Russian economy is not so strong anymore, but Russians are reuniting in a patriotic direction. The hope of Western war hawks that Russia would step back has failed. Now NATO leaders should decide the future of the Pact. Further expansion is absurd; who should be next: Georgia, Moldova? But NATO’s leaders, especially President Obama, don’t have any new ideas on this matter. The only thing they are concerned with is starting a real war with Russia. Not a “cold” war, but a hot one. They hope that this will solve all their problems. But this concrete Summit will not lead to any of their goals being achieved. The real achievement of this Summit is the pressure being put on the Polish opposition.

There is hope that Mateusz Piskorski will be released after the Summit. We have done good, enlightening work. Many people want to join us; they see that NATO stands only for repression and expanding aggression. We hope that the Polish patriotic position will be given impetus after the Summit.