Home » Press » Trump’s advisor in Moscow: An alternative for the US 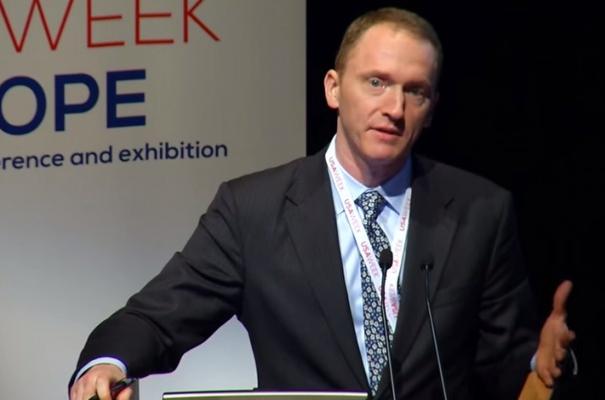 Trump’s advisor in Moscow: An alternative for the US

Carter Page, advisor to US presidential candidate Donald Trump, arrived in Moscow to deliver a speech at the New Economic School. A spokesman for the President of Russia Dmitry Peskov has not commented on reports of a possible meeting with the Russian leadership.

Profile of the advisor
Carter Page is one of the youngest advisors of Donald Trump. He is an energy and economic development expert, particularly regarding the countries of the former Soviet Union and the socialist bloc in Eastern Europe. He collaborated with the Council on Foreign Relations, where he led a research group on the Caspian Sea region. Page lived in Moscow for three years, where he was advising Gazprom. After the reunification of Crimea with Russia and the beginning of operations in Ukraine, he was one of the few American experts who called for understanding the actions of Russia. Page came out openly against the interventionist policy of NATO, which, in his opinion, provoked Russia with its expansion. Also, unlike other Republicans, Page supports a nuclear deal with Iran.
An alternative design for the US
From the point of view of the theory of international relations, Donald Trump regarding US foreign policy conforms to the canons of classical realism. Trump and his advisers conceptualize the US as a nation-state with its own national interests, rather than as a center of the global postmodern empire, as the neocons or core of globalist project under the control of World Government like the liberals. Barack Obama is a classic liberal, while Hillary Clinton actively supported the neo-conservatives.

From the standpoint of the United States Trump may well find common ground with Russia based on common approaches to international relations: the account of national interests, the concept of balance of power, and the supremacy of the principle of sovereignty. Trump is opposed to the interventionist policy and ideology of spreading democracy, which is closely associated with US foreign policy the last few decades. He also rejects the strategy of controlled chaos, promoted by the liberal Obama administration.

Trump views the United States’ interests as a nation state. The continued interventionist policy threatens an “imperial overstretch” and the collapse of the American project under the weight of its commitments and military expenditures. Obama and Clinton promote a military confrontation with Russia and the Third World War. The promotion of globalization and the creation of transpacific and transatlantic free trade zones, as well as the promotion of open borders and free trade policies in the North American continent faces unemployment and falling living standards in the United States. The continued course of unipolar hegemony is dangerous for the US as well as for the rest of the world. Responsible realists who support Trump understand this.

With this new realist trend in American politics the globalists are trying to establish control over it. The Council on Foreign Relations has been in contact with both Donald Trump and Carter Page. It is significant that Page’s performance takes place in the New Economic School, which is one of the elements of the network of globalist influence in Russia. Former Rector of NES Sergei Guriev in 2013 emigrated to France. He is closely linked with the fugitive oligarch Mikhail Khodorkovsky and he represents Russian liberals in globalist Bilderberg meetings.