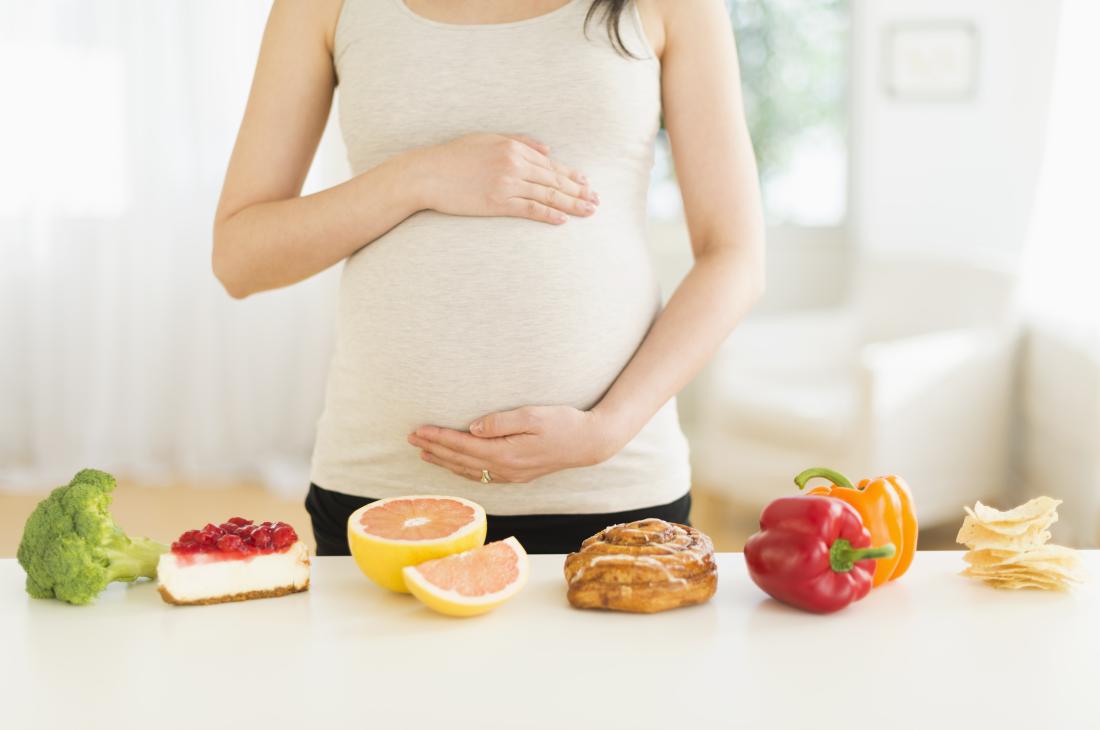 Why Mom’s Diet in Pregnancy Is Important

Missing link in epigenetics could explain conundrum of disease inheritance

The process by which a mother’s diet during pregnancy can permanently affect her offspring’s attributes, such as weight, could be strongly influenced by genetic variation in an unexpected part of the genome, according to research led by Queen Mary University of London (QMUL). The discovery could shed light on why many human genetic studies have previously not been able to fully explain how certain diseases, such as type 2 diabetes and obesity, are inherited.

When offspring are in the womb, what their mothers experience environmentally (for example, diet, stress, smoking), influences the attributes of offspring when they are adults. This ‘developmental programming’ is understood to be a large contributor to the obesity epidemic seen today.

The study, published in Science and co-authored by University of Cambridge and King’s College London, shows that the genetic variation of ribosomal DNA (rDNA) could be driving how the environment within the womb determines an offspring’s attributes. rDNA is the genetic material that forms ribosomes — the protein building machines within the cell.

Lead researcher Professor Vardhman Rakyan from QMUL said: “The fact that genetic variation of ribosomal DNA seems to play such a major role suggests that many human genetics studies could be missing a key part of the puzzle. These studies only looked at a single copy part of individuals’ genomes and never at ribosomal DNA.

“This could be the reason why we’ve only so far been able to explain a small fraction of the heritability of many health conditions, which makes a lot of sense in the context of metabolic diseases, such as type 2 diabetes.”

The environmental factors that play a role alongside genetic factors in determining a person’s attributes are also present in the in-utero environment. When offspring are in the womb, what their mothers experience environmentally (for example, diet, stress, smoking), influences the attributes of offspring when they are adults. This ‘developmental programming’ is understood to be a large contributor to the obesity epidemic seen today.

A major contributor to this process is ‘epigenetics’. This describes naturally-occurring modifications to genes that control how they are expressed. One such modification involves tagging DNA with chemical compounds called methyl groups. These epigenetic markers determine which genes are expressed or not expressed. Liver cells and kidney cells are genetically identical apart from their epigenetic marks. It has been proposed that in response to a poor in-utero environment, an offspring’s epigenetic profile will change.

Professor Rakyan said: “Initially, we found nothing, so that was a big surprise, but then we looked at the data in a different way. We looked at the ribosomal DNA data and found huge epigenetic differences.

“When cells are stressed, for example when nutrient levels are low, they alter protein production as a survival strategy. In our low protein mice mothers, we saw that their offspring had methylated rDNA. This slowed the expression of their rDNA, which could be influencing the function of ribosomes, and resulted in smaller offspring — as much as 25 per cent lighter.”

These epigenetic effects occur in a critical developmental window while the offspring is in-utero but is a permanent effect that remains into adulthood. A mother’s low protein diet while pregnant is therefore likely to have more severe consequence on the offspring’s epigenetic state and weight than an offspring’s own diet after it has been weaned.

Professor Rakyan added: “Looking beyond the epigenetic markers, when we looked at the basic genetic sequence of the rDNA, we found an even bigger surprise. Even though all the mice in the study were bred to be genetically identical, we found that the rDNA between the individual mice was not genetically identical, and that even within an individual mouse, different copies of rDNA were genetically distinct. So there is huge variation in rDNA which is also playing a big role in determining the attributes of offspring.”

In any given genome, there are many copies of rDNA, and Professor Rakyan and colleagues found that not all copies of the rDNA were responding epigenetically. In offspring from mothers who were fed on low protein diets, it was only one form of rDNA — the ‘A-variant’ — that appeared to undergo methylation and affect weight.

This means that the epigenetic response of a given mouse is determined by the genetic variation of the rDNA — those who have more A-variant rDNA end up being smaller.

Heritability (how much the risk of a disease is explained by genetic factors) of type 2 diabetes has been estimated to be between 25 and 80 per cent in different studies. However, only about 20 per cent of the heritability of type 2 diabetes has been explained by genome studies of people with the disease. The major role that genetic variation of rDNA appears to have and the fact that rDNA analysis would not have been included in these studies could explain some of this missing heritability.

The findings also complement other studies that have found that mice that are put on high fat diets have offspring who show increased rDNA methylation. This suggests that methylation is a general stress response and may also explain the rise in obesity that is happening across the world.