Home » Politics » Blair regrets the mistakes, but he won’t say sorry for taking UK to war 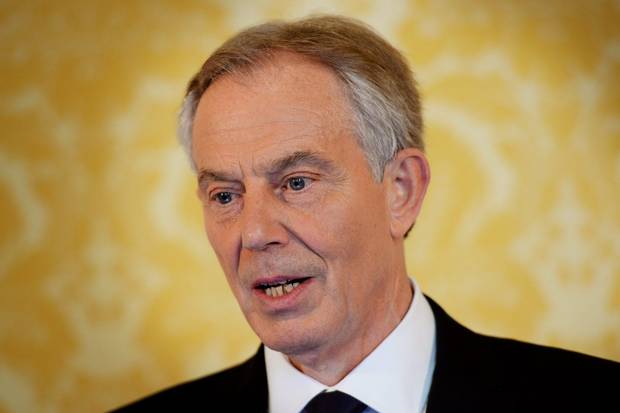 Blair regrets the mistakes, but he won’t say sorry for taking UK to war

Tony Blair has expressed “regret” that he did not challenge intelligence about Saddam Hussein’s supposed weapons of mass destruction – but insisted he still believed he was right to overthrow the Iraqi dictator.

After the Chilcot report strongly criticised the way the former prime minister took the country to war in 2003 on the basis of “flawed” intelligence with inadequate preparation, he said the world would be in a “worse position” if Saddam remained in power.

“I can regret the mistakes and I can regret many things about it but I genuinely believe, not just that we acted out of good motives, and I did what I did out of good faith, but I sincerely believe that we would be in a worse position if we hadn’t acted that way. I may be completely wrong about that,” he told the BBC Radio 4 Today programme.

“I understand that people still disagree but at least do me the respect – as I respect your position – of reading my argument.

“If all of these debates are around character and good faith, if you are not careful you end up a casualty of a debate that is all about that type of invective, you are then unable to have a proper debate about the difficulty of dealing with this issue.”

Mr Blair said that despite the “terrible consequences” of the invasion – which saw Iraq plunged into a bloody sectarian civil war – the British-US military intervention had not been in vain.

“There may be people who believe that until I say I took the wrong decision, I am not properly sorry. I understand that. But I don’t think this struggle was in vain in the end,” he said.

“What we did in removing Saddam had terrible consequences which we didn’t foresee – and I understand all the criticisms – but when I look at it today I think still that we moved with where the grain of the future is going to be in these countries and this region.”

He denied that he had not challenged the intelligence reports more rigorously because he wanted to believe what they were telling him about Saddam’s supposed WMD in order to justify going to war.

“I relied on the assessments that were given to me, but I think its fair to say – given our experience – it would have been far better to have challenged them more clearly,” he said.

“It wasn’t that I wanted to believe it. I did believe it and one of the reasons for that was because Saddam Hussein had used these weapons against his own people.”

Mr Blair said he accepted the report’s finding that it would have been better if the cabinet had been given Attorney General Lord Goldsmith’s written advice on the legality of the conflict rather than having to rely on an oral briefing.

He added however: “I personally don’t know what difference that would have made since he was there around the table”.

Following strong criticisms in the report about the inadequacy of the military equipment – such as the lightly protected Snatch Land Rovers – Mr Blair insisted the generals had had all the resources they asked for.

“I don’t recall a single occasion on which we were asked for more resources, more equipment that we didn’t say ‘yes’. I can’t be in charge of the actual equipment,” he said. “Right at the outset, what I said – and Gordon Brown said the same – is ‘There is no resource limitation. If you tell us what you need you will have the resources’. But obviously I can’t say what is the right type of equipment.”

The Ex-prime minister has been put on notice by families of dead servicemen that he may face legal action.