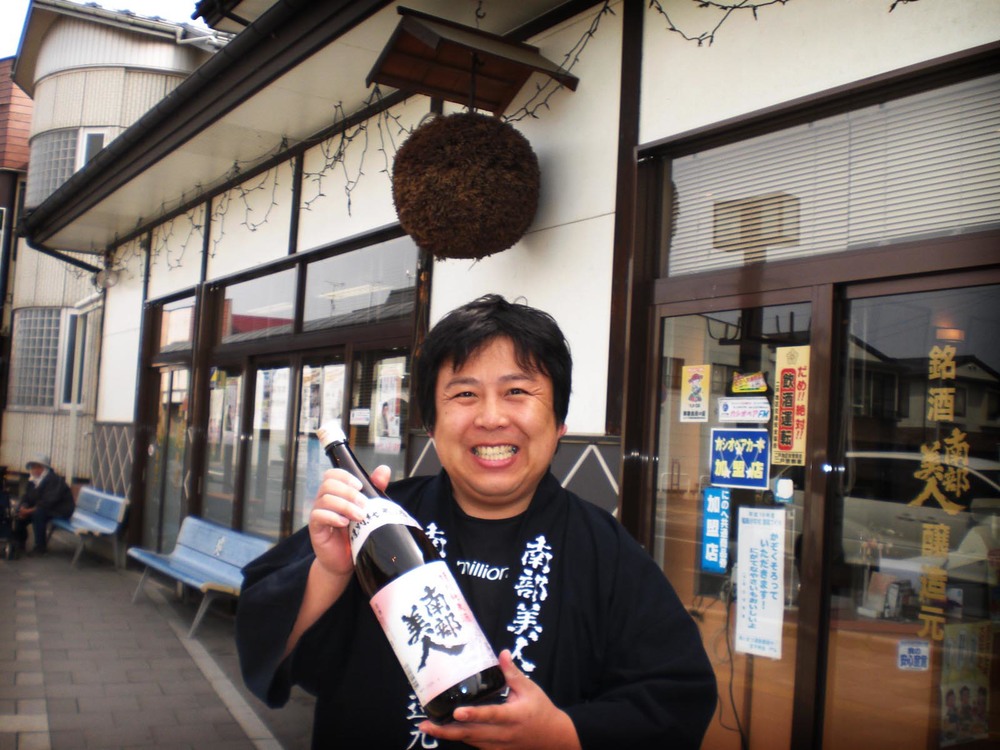 For decades, sake (or nihonshu for the majority of Japanese) didn’t really do it for the citizens of this archipelago. Cheap, ubiquitous and made from rice, it seemed too familiar — tacky even. Older people drank it at weddings, or swilled the stuff when they wanted to get uproariously drunk. Young women tended to avoid it (the smell put them off) while young men preferred to dazzle dates with their knowledge of imported wine.

But now sake is about to join the ranks of anime idols, sushi and green tea as a staple of Cool Japan, and the documentary aptly titled “Kampai! For the Love of Sake” (“Kampai!” meaning “Cheers!”) is being released this weekend to tell us all about it.

Ready for a brew: Philip Harper (center) and other members of Kinoshita Brewery in Kyoto.

“I was based in LA and when I went out to dinner, I started getting a lot of questions about sake,” says director Mirai Konishi during a recent interview at the film distributor’s office. “I was often the only Japanese at the table and I felt obliged to deliver this big, knowledgeable speech, but then realized I didn’t know anything. Sake was a mystery to me.”

Konishi, accompanied by the sake brewer Philip Harper, goes on to explain how he ran into Kosuke Kuji, the son and heir to one of Iwate Prefecture’s most respected sake breweries, and one of the three central figures in “Kampai!” Kuji had been traveling overseas with cases of Nanbu Bijin, his signature brand of sake, selling them door to door at restaurants and bars, and his dedication to his brand inspired Konishi to jump-start work on a definitive documentary about nihonshu.

“I was astonished at Kuji’s communication skills. It’s not like he studied abroad and was a fluent English speaker or anything like that,” Konishi says. “None of that mattered to him. He was convinced that if he could get people to taste his sake, they would buy it. His passion and the way he could talk to anyone, in any country, just floored me. It seemed so un-Japanese.”

In “Kampai!” we see Kuji being his full un-Japanese self in London. He has no luggage. He doesn’t wear a suit. He alights from the plane dressed in the classic sakaya (sake shop) style — an indigo happi coat inscribed with the Nanbu Bijin logo. He hand-carries a case of the sake and heads straight to a restaurant in Soho. There, he gives a brief presentation of what Nanbu Bijin is all about and how the sake enhances the flavor of just about every dish imaginable. He goes to a table of diners, pours the Nanbu Bijin in their glasses and a smile beams as everyone savors their sips and starts asking questions.

Kuji exports Nanbu Bijin to 20 countries, and he is personally involved in every step of the sales process.

The other two figures in “Kampai!” are non-Japanese sake experts: American John Gauntner, who used to be a sake columnist for The Japan Times and is now a well-known leading authority and consultant on sake, and the Briton Harper, who hails from Cornwall and works at Kyoto’s Kinoshita Brewery.

Gauntner runs a course for non-Japanese looking to become sake professionals or start their own breweries. Under his tutelage, there’s now a brewery in Ashville, North Carolina, run and operated by American brewers. Harper is Japan’s first (and only) non-Japanese tōji (head brewer), who originally came to Japan, as Gauntner also did, via the JET English-language teaching program. Their paths didn’t cross, but the two men share a deep and abiding love for sake — more precisely for junmaishu and junmaiginjo —which led to very different careers.

“Kampai” looks into the work of these three men, explaining that their passions, junmai and junmaiginjo, are both made with just three ingredients: rice, kōji (fermented rice bacteria) and water. Junmaiginjo is particularly distinctive in that it’s made with what is known in Japan as “polished rice” that is milled down to 60 percent or less of its original size.

Cheap sake also contains distilled alcohol, and when taken in excess it can trigger all kinds of side effects, from upset stomachs to splitting headaches. In the film, we discover that 80 percent of the sake being manufactured in Japan with added alcohol. Junmai, however, is viewed like a good wine, enhancing rather than obscuring the palate, and it is said to be easier on the body.

Harper and Konishi both hope that, as the popularity of sake grows in Japan and overseas, more people will “get it” and begin to appreciate the virtues of a carefully brewed nihonshu.

“Two main things set sake apart from wine,” says Harper. “One is that temperature is not really an issue. You can drink it at room temperature, or with ice. You can warm it up in cold weather and it will taste just as good. The other is the production process. As a crop, rice is much hardier than the grape, and the process of sake brewing is less reliant on the rice crop.

“With wine, the quality of the grape is the deciding factor. About 80 percent of what makes a good wine is about the grape. With sake, that ratio is reversed. That, and the fact that Japan is rich in clean, clear water makes this country ideal for sake brewing.”

Konishi sums this up with: “If we can get people to want a glass of sake after watching this, mission accomplished. Have a drink, you’ll see what we’re talking about.”