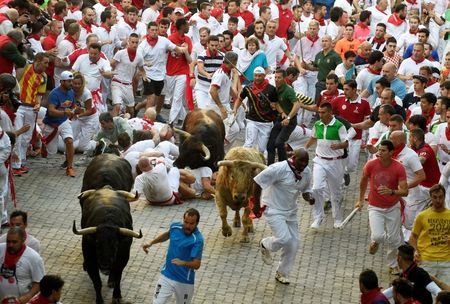 Pamplona’s week-long bull-running festival began on Thursday (July 7) without any gorings in the two-and-a-half minute dash through the northern Spanish city, though five men were treated for minor injuries.

The San Fermin summer festival, in which runners are chased along the narrow streets by specially bred bulls, is the most famous of many across Spain and attracts thousands of revelers from across the world.