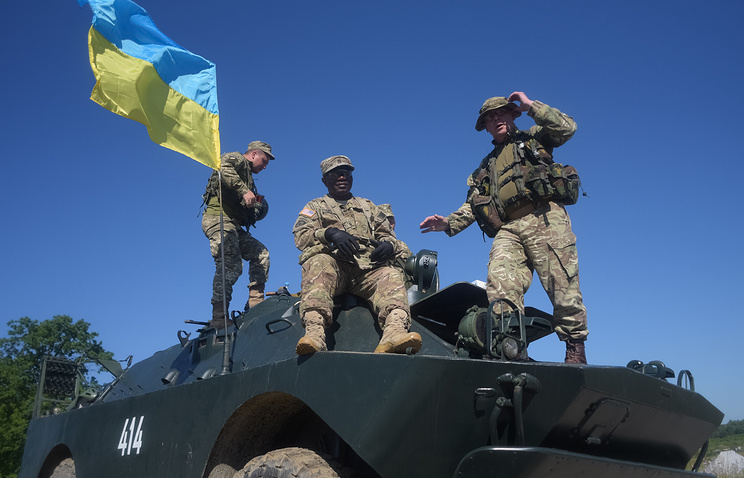 Russia concerned over redeployment of NATO-trained Ukrainian units towards Donbass

Russia is concerned by the redeployment towards Donbass of the Ukrainian army units trained by NATO instructors, the Russian ambassador to NATO, Alexander Grushko, said in an interview published by Kommersant Daily.

“Assistance programs NATO is implementing in Ukraine play into the hands of the ‘party of war’ and incite the feeling of a possible military revenge among some forces in Kiev,” Grushko said. “We’re also concerned by the redeployment of units trained by NATO instructors to the line of contact in Donbass.”

“NATO will have to explain to society all the time why is its spending so hugely to rebuff the threat from the East,” Grushko said. “It’s clear to everyone a threat of this kind doesn’t exist.”.